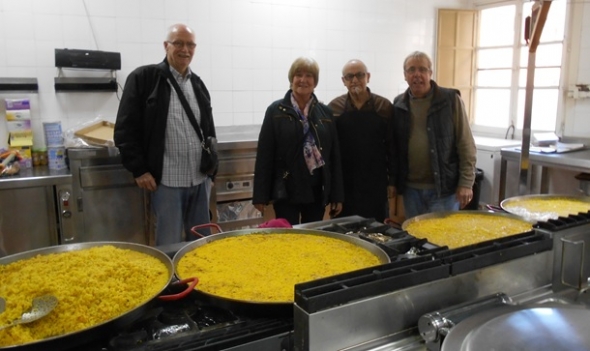 The Brethren of local Freemason’s Lodge, Logia de Las Salinas No.79 have donated 1,300 € worth of food produce to the Alimentos Solidarios located in C/San Pascual, Torrevieja

Alimentos Solidarios fulfil a much needed task in feeding the needy of Torrevieja and supplying several hundred meals per week as well as milk an other necessities.

The Immediate Past Master of the Lodge, W.Bro. John Edwards had made the Alimentos Solidarios his nominated charity for his year in the Chair and along with funds raised via his Ladies Festival as well as a donation from the Charity Fund of the Lodge, the Charity Steward for that year, W.Bro. Eddy Davies worked with local suppliers to secure 1,300 € worth of produce for a total cost of 1,000 €, all of which was donated to the centre.