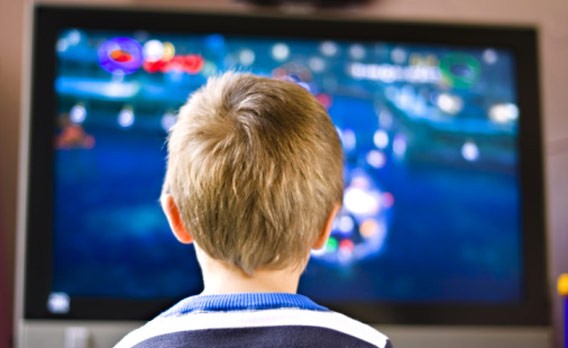 Young people who watch television three hours a day will be at increased risk of being uninterested in learning during their youth and at the onset of adulthood, according to a research by the Columbia University and the New York Psychiatric Institute.

It is not good to spend many hours in front of the television, as it generates a great deal of social passivity, not knowing how to find other ways to fill the leisure time. It is the empirical demonstration that something does not work. It seems that reading, conversation, family gathering, meeting friends or study, have become things from another world.

The issue becomes serious when children spend many hours in front of televisions, up to a third of the hours they are awake, and out of hours. In Spain, the Code of Self-regulation of content in children’s hours, from 17 to 20 hours, agreed by the television channels and the Government, has been infringed by all television stations about 400 times.

This is the corollary of the report completed by the University Center Villanueva and the Association of Viewers and Radio listeners.

Moreover, the new Television without Frontiers Directive requires States and the European Commission to impose on television channels codes of conduct to commit to avoid advertisements of “junk food” in children’s programming. This regulation will affect conventional television. This directive has come into force with great force.

In turn, the association Autocontrol examined, at the request of advertisers and media, about 2,500 advertisements aimed at children, before beginning their disclosure. This figure represents an increase of 21% over the previous year. Most of these ads were TV spots. Finally, the director of Disney Chanel said “we have a vocation to be a television with a family program, dedicated to children up to 12 years. Our differential value is, precisely, the family. ” This chain could be the alternative to the “junk TV” of the nationwide networks.

Author and journalist Clemente Ferrer has led a distinguished career in Spain in the fields of advertising and public relations. He is currently President of the European Institute of Marketing.

Liverpool Airport flights to Alicante-Elche with Ryanair and easyJet resume