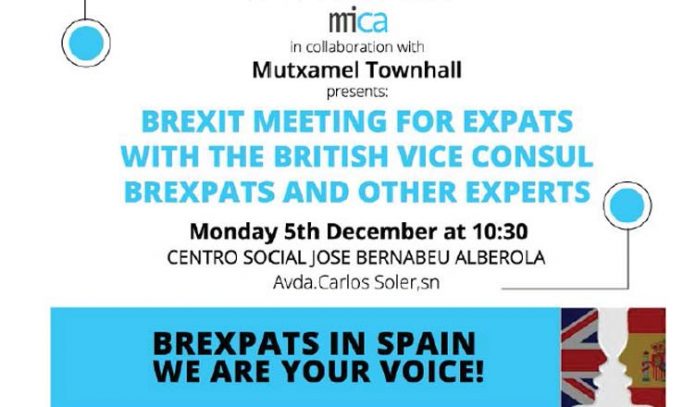 The event on December 5th 2016 has been organised by MICA, a new association with the mission of furthering a cultural exchange between nationalities.

For the first time in the province of Alicante, an informative meeting by the association BREXPATS, which brings together thousands of Britons residing in Spain, will be held to discuss the potential consequences that Brexit might have for them, the steps that they should be taking now and options for the future.

This initiative is organised by the recently constituted International Cultural Association of Mutxamel (MICA).

In addition to the UK Vice Consul in Spain, Sara Munsterhjelm, Christine Rowlands, a founding member of BREXPATS and experienced European lawyers will participate. The event, sponsored by the City Council of Mutxamel, will be opened by its Mayor, Sebastián Cañadas, and the President of MICA, Isabel Obrador, will also preside.

The event will take place on December 5th 2016, at 10:30 am, in the José Bernabéu Alberola Social Centre in Mutxamel, and has aroused considerable interest in British circles that will be implicated by the Brexit decision.

BREXPATS – an acronym for Brexit and Expatriates – is headquartered in Mijas, Malaga, with offices in Fuengirola, having thousands of supporters in Spain and with links to other organisations throughout Europe. The meeting organised by MICA will facilitate them to involve concerned Britons in the process in our province where more than one hundred thousand British are resident.

The organisation, which regularly hosts informational meetings in Andalusia and maintains frequent contact with Britons throughout Spain, does not identify with any political party nor is it considered a pressure group.  Furthermore, it is not its intention to affect the outcome of Brexit. 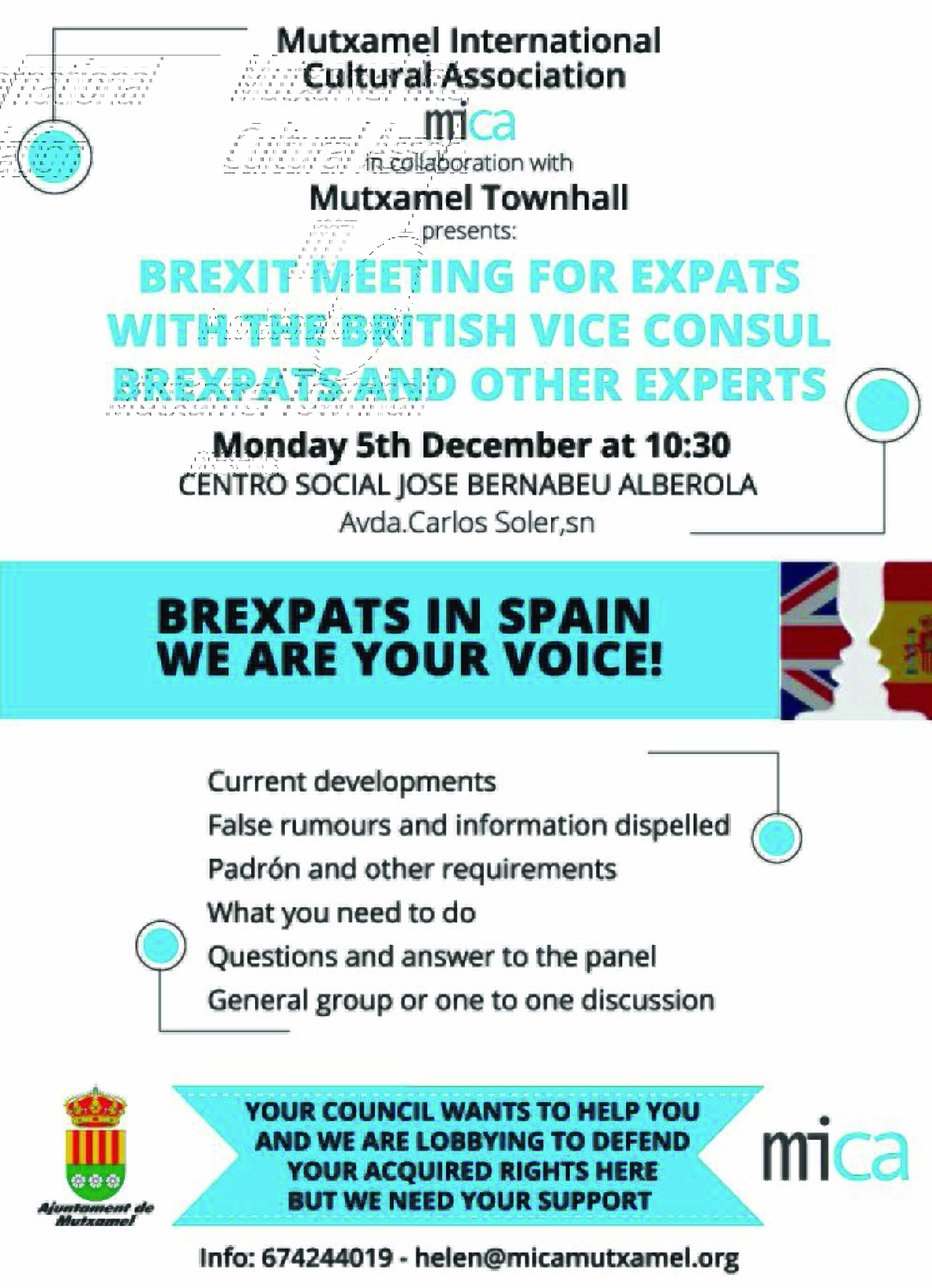 The concern of some expatriates for their future as residents in Spain, outside the scope of the European Union, has gone so far as to result in the consideration of applying for Spanish citizenship.

The event on December 5th 2016 is the first event organized by MICA, a non-profit-making association, set up at the request of individuals, whose board of directors includes Spanish, English and Irish representatives and has recently been incorporated in Mutxamel.  It has grown out of a desire to facilitate cultural and language exchange among the different nationalities residing in the area. It also seeks the integration of all foreign residents into Spanish society and to impart a knowledge of international cultural traditions.

MICA proposes to make Mutxamel and the surrounding areas a multicultural and mutilingual convivial sphere.  In fact, the possibility of creating scholarships for Spanish students to study English abroad in addition to facilitating Spanish language acquisition for those interested in learning is being organised.