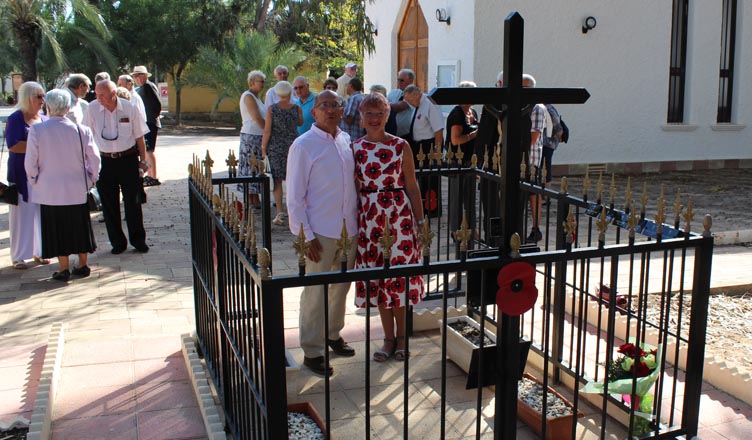 Phillip and Janet Spear were founder members of the Orihuela Costa and District Branch of The Royal British Legion when it was formed nine years ago in January 2008. Within 12 months both were serving on the committee, Phillip as Treasurer, a role that he carried out with distinction for some years. Janet assisted both socially and with branch and district welfare. 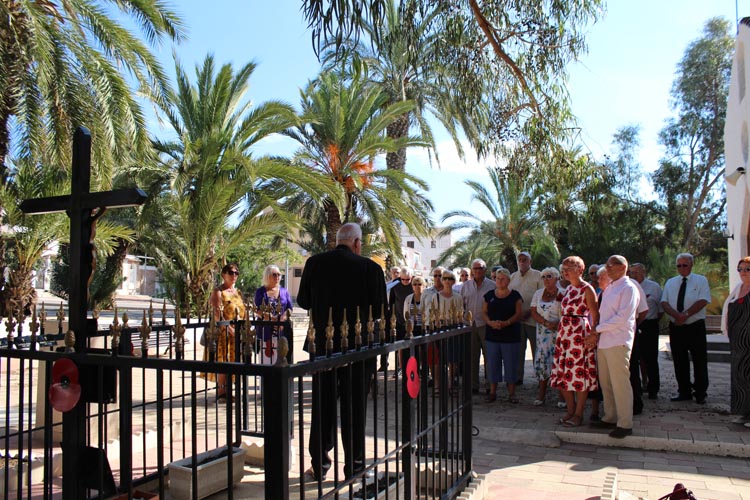 Despite moving back to the United Kingdom because of ill health the pair continued as members of the branch until both passed away earlier this year. It was therefore right and proper that daughter Caroline returned to the branch, of which they had such happy memories, to scatter a measure of their ashes.

The task was carried out at a short memorial service conducted on All Saints Day by Branch Chaplain, Pastor Keith Brown. Following the unveiling of memorial plates in the Garden of Remembrance Caroline and husband Marco scattered the couples ashes as many of their former colleagues and friends reverently watched on.