It was a wet and wild night on Thursday when the Hen’s Teeth Coqs hosted the Pint Depot Queens for the third round of league matches. The threatening clouds and cracks of thunder brought the crowds indoors to witness a tense battle between these two teams. 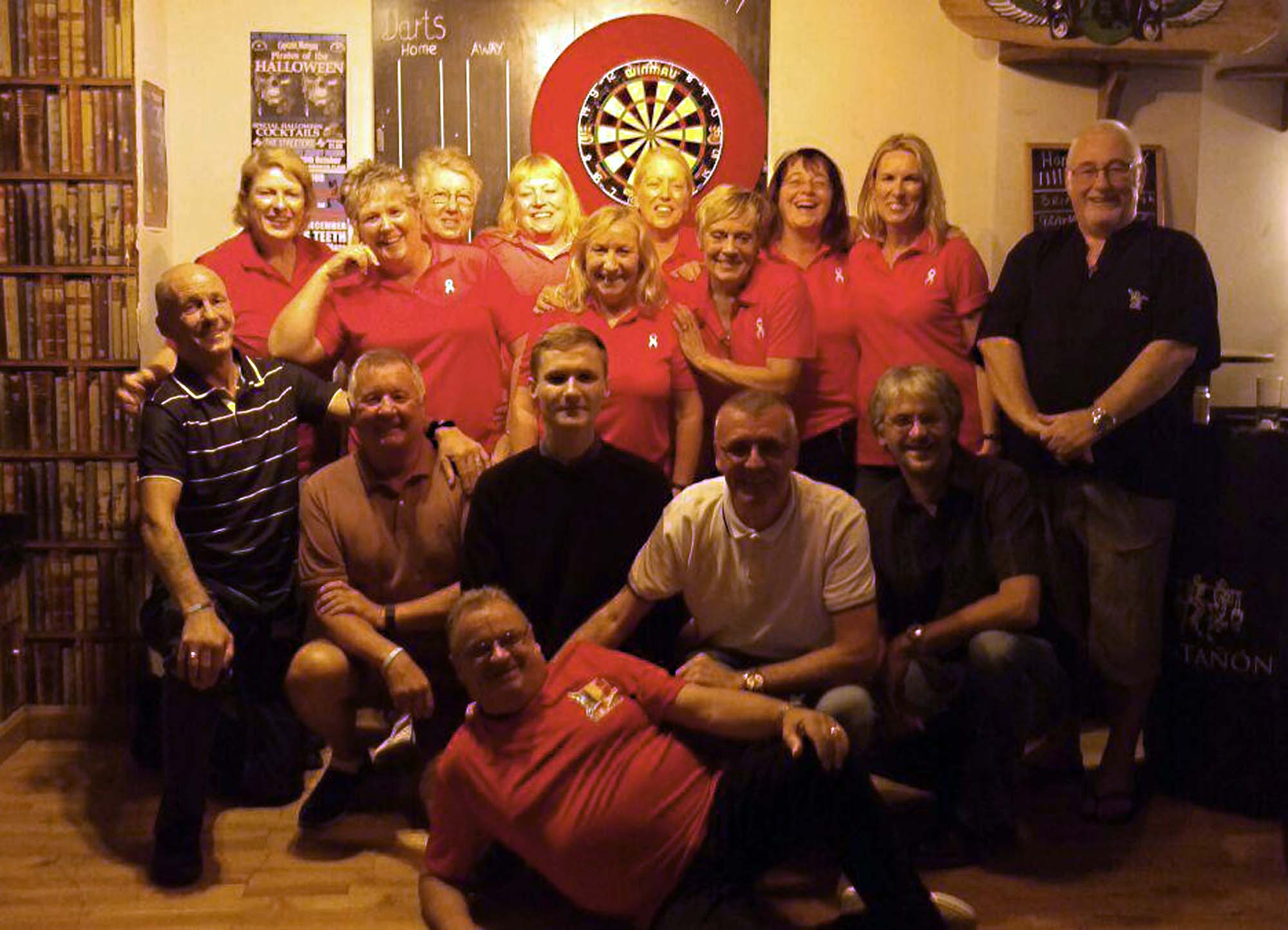 The opening game of trebles set the tone as Dave Shephard, Tony Hassel and Brian Cobb faced Lynn Fozzard, Rachel Broadhead and Margaret Griffith in a tight contest of few really big scores and several missed doubles before Rachel hit D7 to put the visitors ahead.  The highlight of the game though was Dave throwing one dart straight into the back of another – a rare shot indeed yet sadly counting for nothing.

Game two saw the hosts draw level with Graham White, James Mackay and Joseph Cuyt defeating Vi Turner, Christine Cummins and Marie Cummins in another close encounter but Captain Coq James making his mark with a 100 and a 101 finish including double 15 for the game.  The final trebles game saw Steve Maxwell join Brian and James to play Debbie Wright, Lorraine Cox and Rachel in another tense affair: despite a 140 from James and a 121 from Brian, more missed doubles led to the Queens taking a slender lead into the doubles.

Parity was restored by the Coqs in the first doubles game, with Joseph and Graham defeating Vi and Marie courtesy of a double top from Joseph, before the match swung back to the Queens  in the second doubles game with Lorraine and Lynn defeating Dave and Brian with a 116 from Lorraine and a good double 4 checkout from Lynn. The final doubles game before the break saw Tony and James even the match again, defeating Christine and Rachel in another tight contest thanks to James’ double 6 finish.

On to the singles and for the first time in the match the Coqs went into the lead when Brian hit D16 against Margaret. The Coqs were getting a little “cocky” and the Queens were not on their throne as much as they would like when they lost the next 2 games with Graham getting D4 against Debs and Joe beating pocket princess Vi with D5. No nonsense Marie Cummins stopped the rot when she beat Tony with a juicy D10. Singing resumed to ‘We’ve got 4, 4, 4, push pineapple …’ and HTC were panicking a little.

We needed to win the last 2 games to level the match but Lorraine was up against James and he got D20 to make sure it wasn’t going to be a draw. However, the Queens held their heads up high as Rachel played Dave in the last game and got D6 to make it a very respectable score for us. A Fantastic evening, great atmosphere and great banter. Queens very unlucky not to get a draw. Oh what a night, we played like queens and pulled quite a few teeth against the Coqs but not enough to succeed. We lost 7-5 in the end but gave them a run for their money.  Singles report by Cheryl Sleath

Elsewhere the ladies’ teams were also putting up a great fight and causing stormy weather for the fellas.  The Jaguars narrowly lost out to the Ale house- going down to the last game, the Hellraisers raised hell for Evolution and the Chicks pecked one off of Masseys. Go girls!