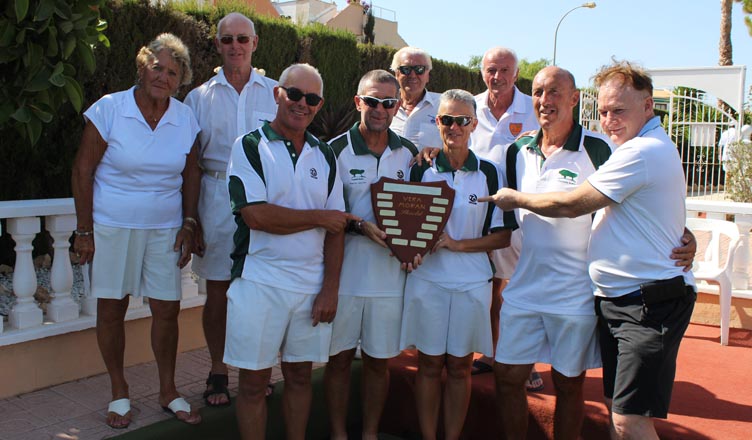 A team which included Martin Foulcer, the National Men’s Singles Champion, overcame Montemar in the Vera Moran Trophy played over 3 days last week at the Emerald Isle Bowls Cub in a ten-end final in which they didn’t have all their own way.

Despite looking runaway winners midway through the match when they led by 6-1 Montemar, skipped by Bill Young, had pulled back to level the tie after 7 ends but their recovery was shortlived as Vistabella restored their lead and then pulled away to record a victory by 10-7. 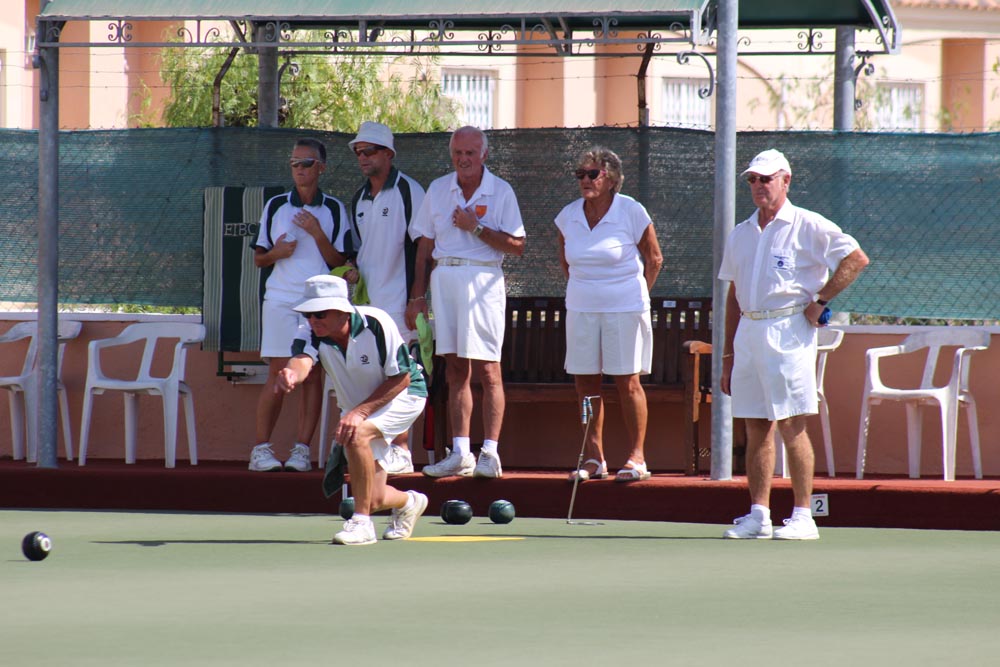 It was an eventful competition for Bill Young who took a tumble on day one requiring 17 stitches in a leg wound but being the trooper he is the former National team manager kept going to leader his team through to the tournament final.

One of the longest running events in bowling circles the competition was first held by the Moran family in 2005. This year it was contested by 16 teams of rinks with the proceeds being donated toward the EI Welfare Fund.

The trophy was presented by Emerald Isle proprietor Paul Moran.