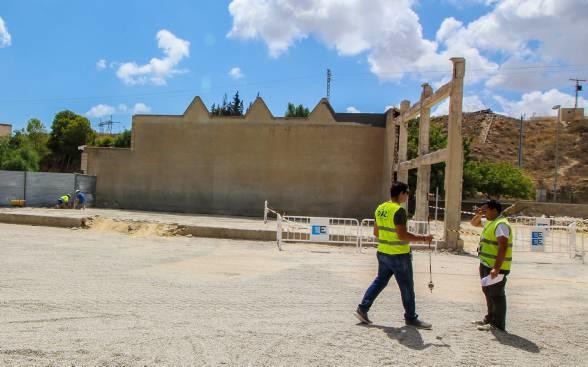 After more than a decade of promises, students hoping to attend the newly built school in Rojales will be disappointed next month, as a further delay to the work means that the education department has been forced to revert to portacabins for the new school year.

There was a six-week delay in the start of the work which was hoped to be completed after the summer holidays, and so for the first few months at least, studies will be done in the prefabricated temporary building.

The work will continue during this period with some of the new facilities becoming available for use. Work started by dismantling the football pitch, dining room, library and other facilities, all of which would then be replaced, the last piece of the remodelling jigsaw being the old building itself.

It is hoped that most of the demolition work will be completed by Christmas and despite the delay the town hall and parents are still seeing it as a positive development as after a ten-years of delays another couple of months seems somewhat insignificant.