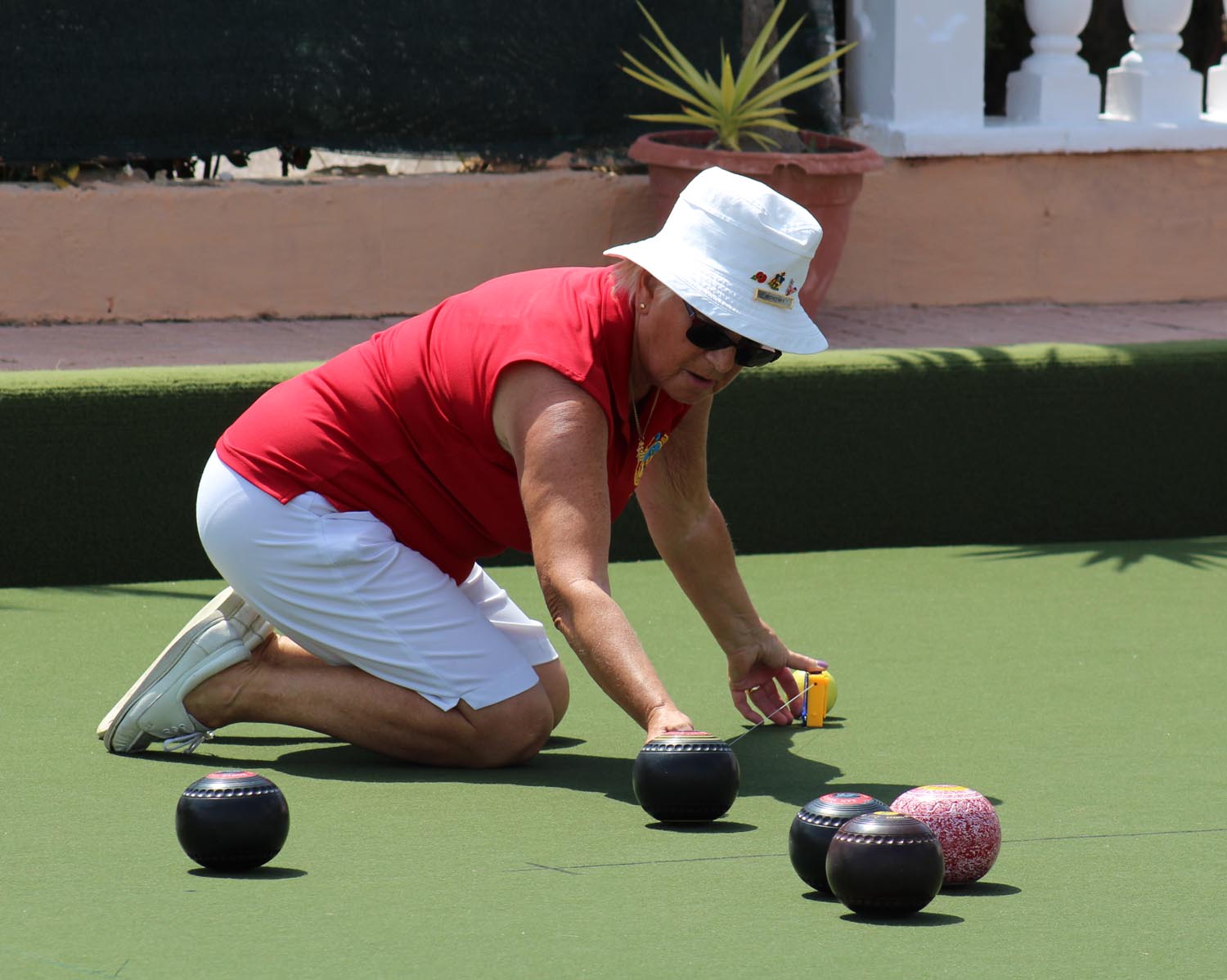 Only one more game to play in the 2 Wood Triples, the final result could end in a draw between 2 teams !!! We will wait and see !!

The entries for the Valencian Championships have now gone in, the draw will take place on Wednesday at Morgans Bar.  Greens being used are San Miguel, La Siesta and San Luis.

More ladies needed for the friendly against Emerald Isle, 19th September at Emerald Isle.  See sheet on the board.

Dates for your diary – The WASPS start again on Wednesday 7th September.  There will be a Fun Day at the beginning of September, watch the board for date and details.  The semi finals and finals of the SABA Knock Out are on 16th to 19th September at San Luis.  San Miguel players who have reached the semis are Gail Wilshire and Ann Eagle (Ladies Pairs),  Peter Ross ánd Bob Nesbitt (Mens Pairs) and Mixed Pairs, Steve Cantley and Lyn Greenland.  Good Luck All.