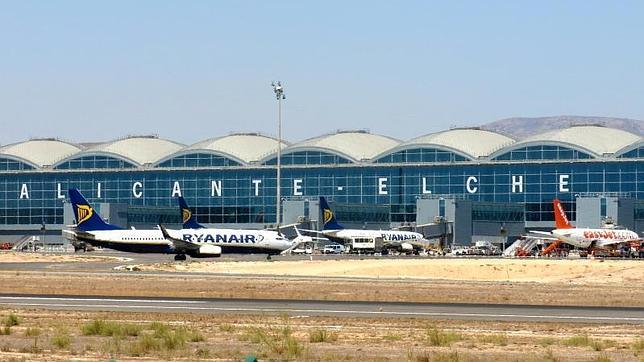 Alicante-Elche airport has surpassed its own records, with July of this year seeing an increase of 17.15% in the number of passengers compared to last year.

The information has been provided as part of the monthly presentation of passenger figures, although with this latest increase there is a lot to be celebrated at the Costa Blanca travel hub, which saw 1,463,623 passengers in a month.

Aside from July, this weekend was also particularly busy with 1,230 scheduled flights carrying 206,148 passengers for the holiday weekend, showing that the growth is continuing throughout the summer.

Perhaps no big surprise is the fact that the Brits are the biggest users of the airport, with the majority of flights from Alicante-Elche serving the U.K. Internationally, Norway now stands in second place, followed by Germany, then Holland, Sweden and Belgium.

It´s not only passengers that have increased, freight traffic has also seen an increase at Alicante-Elche, up 4% on the same period of last year, whereas overall there has been an annual increase of over 92% in freight carried.

TAKE CONTROL OF THE COAST