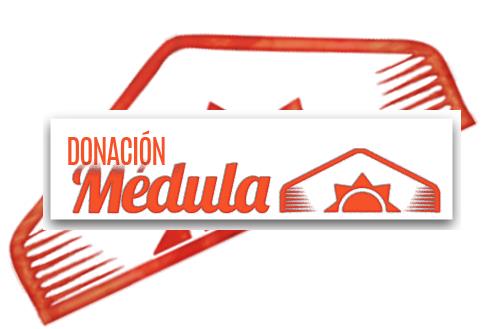 The National Bone Marrow Plan is picking up speed.  According to data from the Spanish National Transplant Organisation (ONT) and the Spanish Register of Bone Marrow Donors (REDMO), Spain has reached a total of 230,003 bone marrow donors in the first six months of this year.

In partnership with the regional governments, the ONT last year agreed to maintain the National Bone Marrow Plan after reaching its targets (200,000 donors) one year ahead of schedule.

However, the ONT claims that Spain will reach 400,000 donors ahead of the 2020 deadline if the current pace of growth continues.

The National Bone Marrow Donation Plan has been financed by the Ministry for Health, Social Services and Equality, which allocated almost 2.32 million euros over these four years (830,000 euros per year since 2013), to jointly fund the typing tests with the regional governments.

Data from the ONT-REDMO show a total of 22,431 new donors in the first half of this year, over and above the figure set for achieving the annual targets (40,000).

Although increases have been posted in all autonomous regions, the fastest growth in percentage terms has been recorded in Aragon (22%), Galicia (20%), Asturias (18%), Castile-La Mancha (12%) and Catalonia (12%), as well as the Autonomous City of Ceuta (17%).

In absolute terms, Andalusia, Catalonia, Madrid, Valencia, Murcia and Castile-Leon are the autonomous regions posting the fastest growth (in that order) in the first six months of 2016.

The ONT-REDMO, the Josep Carreras International Foundation and the Spanish Association of Haematology and Haemotherapy (Spanish acronym: SEHH), together with the patient associations and other members of the National Bone Marrow Plan, congratulate the people of Spain on this achievement and encourage them to find out more about the importance of this type of donation and to keep donating bone marrow and umbilical cord blood, two of the main sources of haematopoietic stem cells that can be needed for transplantation.

All forms of HPT increased, including both autologous (1,880) and allogeneic performed from a relative (732). Allogeneic transplants from a non-related donor also increased (456), albeit to a lesser extent.

However, the most noteworthy figure is the large increase in haploidentical transplants* (*those transplants from relatives in which the donor may well be a relative but, unlike until very recently, there is no longer a requirement for a total match between donor and recipient).

This new form of transplant allows almost all patients who need a donation to find one, either in the non-related donor records or from a relative. Haploidentical transplants account for over one third of all allogeneic transplants from relatives, with a total of 248 performed last year.

About bone marrow donation and transplantation

Acute leukaemia, lymphoma and multiple myeloma are the main diseases that can benefit from a bone marrow transplant. In Spain, close on 5,000 people are diagnosed with acute leukaemia each year, approximately 7,000 with lymphoma and almost 2,000 with multiple myeloma. Furthermore, leukaemia is the most common form of cancer in children, accounting for 30% of paediatric haemato-oncological diseases. 70% of patients who could benefit from this type of transplant need a non-related donor.

At present, over 28 million people worldwide are already bone marrow donors. This figure is joined by the over 650,000 umbilical cord blood (UCB) cords in storage around the world. Spain holds 10% of all global UCB reserves, with over 60,000 cords stored at public banks. Spain has the second-highest number in the world of UCB units in storage, only behind the United States.

According to data from the ONT-REDMO and the SEHH, donors for almost 90% of patients are currently found via the REDMO or international records in less than 33 days, although the ultimate goal is to achieve complete self-sufficiency.