Anyone arriving a bit late to this encounter would have been shocked to find the score at 1-1 within the first seven minutes! Both goals, it has to be said, the result of comical defending by both sides. Dolores’ opened the scoring within seconds of the kick-off, with a free header in the six yard box and Monte duly replied, six minutes later, when ARTURO (7) slotted home a powerful, pinged cross from the right.

The game itself wasn’t particularly pretty and punctuated by a lot of niggly fouls and stoppages, with Dolores the main perpetrators. Monte did manage to keep Dolores at arms length though, or should that be “heads” length, since their attacking options seemed to concentrate on long and high balls into the box.

With the return of the quicksilver DAMIEN (20) in the centre, Monte looked to “football” their way forward, rather than last week’s hit and hope approach. Dolores didn’t impress, to be brutally honest, with team discipline lacking and their overly physical approach. 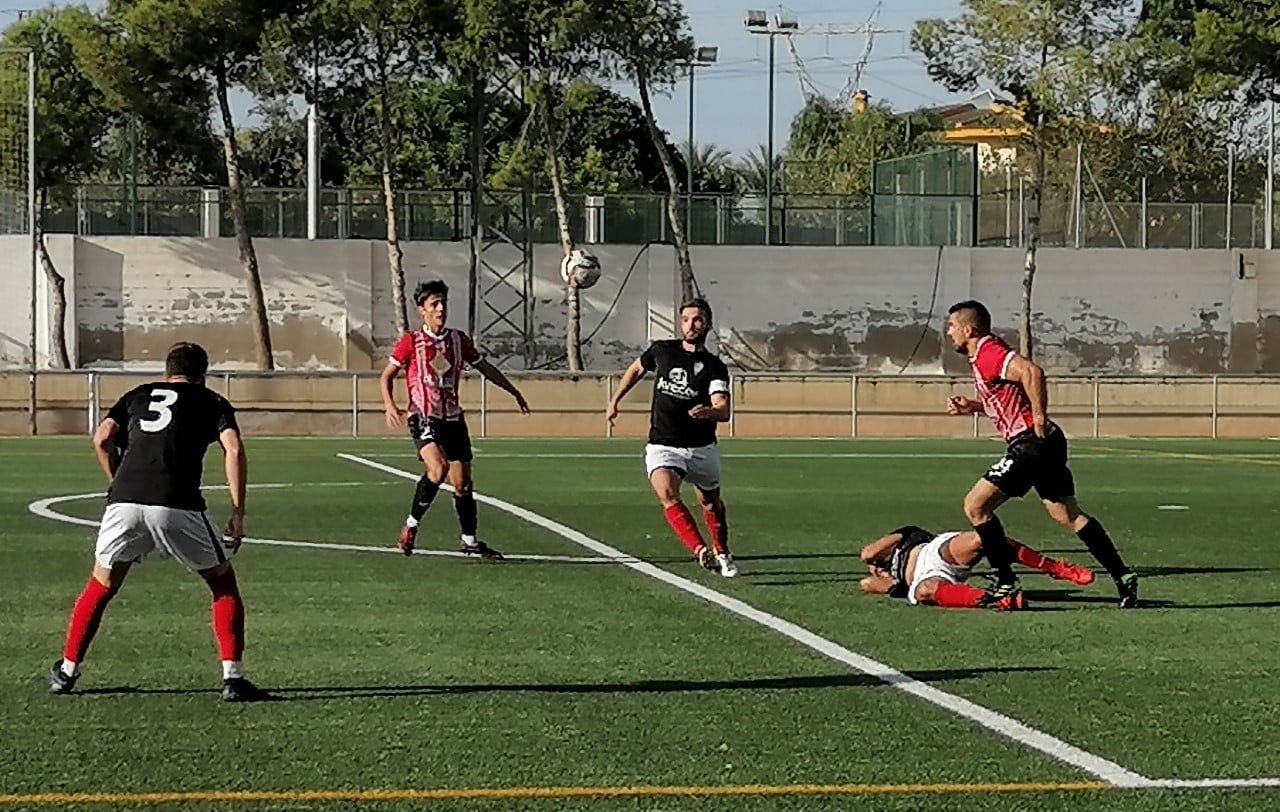 However, ten minutes or so before the half time oranges, the game burst into life again, when KEVIN (11), who was playing an unfamiliar “target man” role, from a good distance out worked space to lash the ball past a poorly positioned Dolores keeper to give Monte the lead. A well taken goal from a player who is starting to find his feet at this level.

As regular Red watchers will know, a one goal lead is a vulnerable one. A two goal cushion is far more preferable and Monte got just that with a moment of sheer brilliance and an early contender for goal of the season.

All looked comfortable enough for the home side when PACO (21) latched onto a superb cross field ball on the Monte left. Faced by two covering defenders, he simply dropped his shoulder, took aim and launched a thunderbolt from just inside the box, past the flailing hands of the keeper and into the top right hand angle. Truly a magnificent goal from an increasingly popular player.

Monte, now in the ascendency, then started to try and impose their tempo on the game and although Dolores pressed for an answer they were inevitably thwarted by a lack of imagination.

Although rarely being troubled, eventual Man of the Match, SERGIO RUIZ (1) between the sticks did make one spectacular save towards the end of the game, slightly injuring himself in the process.

At the last gasp, Dolores did pull one back, again after indecisive defending in the six yard box AGAIN, but it was all too little, too late as Monte ran out as worthy winners of a bruising encounter.

Last word from me: It is starting to become a theme of these reports and indeed, these games, where a bigger, more physical side seem able to disrupt a more technically productive team, simply by barging or pushing more diminutive players off the ball.

Today’s game was another one of those and my plea is for officials to recognise this and allow players who can play, to do so and clamp down on the ankle clipping, shirt pulling, etc that is clearly visible from the terraces.

A few firm words early doors and, if players don’t listen, a few cards to enforce the law would do the trick. It’s therefore interesting to note that not one single Monte player was carded today, whereas three Dolores players were and, it could (should?) have been a lot more. Nuff said? Vamos Monte!

And don’t forget to take out or renew your Full Monte membership, with Mick, any Committee member, or at below address.

And ask about our Full Monte merchandise on sale.

Proud Supporters of The Full Monte and CD Montesinos”

Golfing Extras To Enhance Your Experience