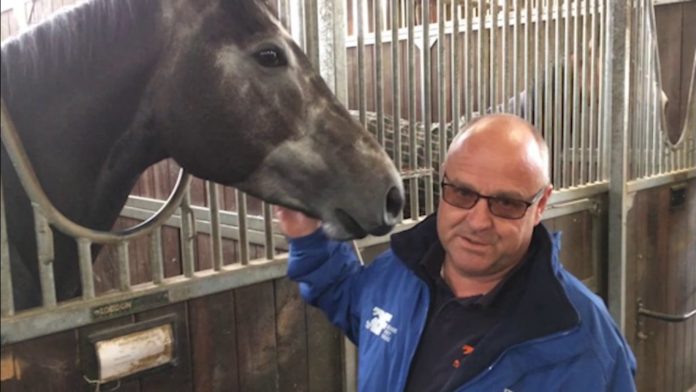 “He was a little bit fresh today – but he was really professional at the end of the canter down and jumped well,” said jubilant Soumillon.

“The horses around me didn’t go fast enough for me – he stumbled badly – but managed to utilise his brilliant turn of foot to win well.

“He’s a champion and only a superstar could accelerate like he did today,” added Soumillon.

“He’s special – you could see that with the way he quickened,” said Fahey.

“It took a special ride and a special horse to win. He’s had a busy season – but he loves it,” said Fahey.

“He spends most of his time laying down asleep at home – and saves his best for these days.

“We knew it would be hard from stall one, but Christophe said he’d drop him right out. With two furlongs to run, I thought we were in a bit of trouble – but he managed to get a run and picked up well.

“He’s blessed with a lot of natural speed and he’s got an excellent mind,” added Fahey.

Coroebus tipped by fromthehorsesmouth.info was thwarted in the Newmarket Royal Lodge Stakes by Royal Patronage in a photo finish neck verdict.

William Buick rode Coroebus into a lead entering the final 2 furlongs – but flagged towards the winning post to be pipped by Royal Patronage ridden by Jason Hart.

“I had put my binoculars down at one point – when the other horse was clear – but when he hit the rising ground he found another gear.

“We almost supplemented him for the Champagne Stakes and were kicking ourselves afterwards, as the race cut up a bit. He could run again this year but I’ll have to speak to Harry Herbert first,” said Royal Patronage’s trainer Mark Johnston.

“It’s a bit tough to take – but fair play to the winner who won the Acomb Stakes in good style previously.

“He was in front long enough for a horse who had only had one run and we could look at the Vertem Futurity after that,” rued Coroebus trainer Charlie Appleby.