A bumper crowd inside Moi Gomez stadium, were treated to a real humdinger of an opening Preferente division fixture.  Against near rivals Benferri, the hosts kept their cool, despite high levels of provocation being thrown their way.

Although not in the match day squad, central defender Victor became the final piece of a 22-man Thader squad jigsaw, when he signed from Mar Menor FC earlier in the week.

It couldn’t have been a better start for Raul Mora’s men, when on 9 mins, a glorious Dani Lucas assist found Quino, who beat the offside trap, before slotting the ball past an on rushing keeper.  Parity was restored 8 mins later, when an inch perfect pass from the dead ball line by Agustin, found an unmarked Cristian, who did the rest.

A horrendous 2 footed lunge to the head of Rafa by Ezequiez, earned the Benferri full back a deserved red card.

Not surprisingly, Thader players were incensed, none more so than Quino, who himself received a yellow card for his protestations.  Down to 10 men, the visitors were exposed when a trade mark Ruben pass found Dani Lucas, who then coolly shot into the far corner, restoring his sides lead.

A bizarre incident occurred on 39 mins, when having signalled that a Dani Lucas shot has crossed the line, ref Bailen Pachero was persuaded by his assistant to do a u turn, then awarded a drop ball instead.  Apart from this one incident, Pachero controlled this feisty match admirably.

Benferri were taking no prisoners, kicking anything that moved, and it was no surprise that 2 further cautions were administered before half time.  Jony, making his league debut for Thader, should have added a 3rd before the interval, but his close-range header failed to trouble the keeper.

Dani Lucas almost increased his sides lead on 52 mins, but his acrobatic overhead kick narrowly missed the target.  Another league debutant had the fans on their feet on the hour mark.  Attacking full back Rosquin, my man of the match, beat 4 players on the overlap, before unleashing a shot, which visiting keeper Roberto did well to palm away for a corner. 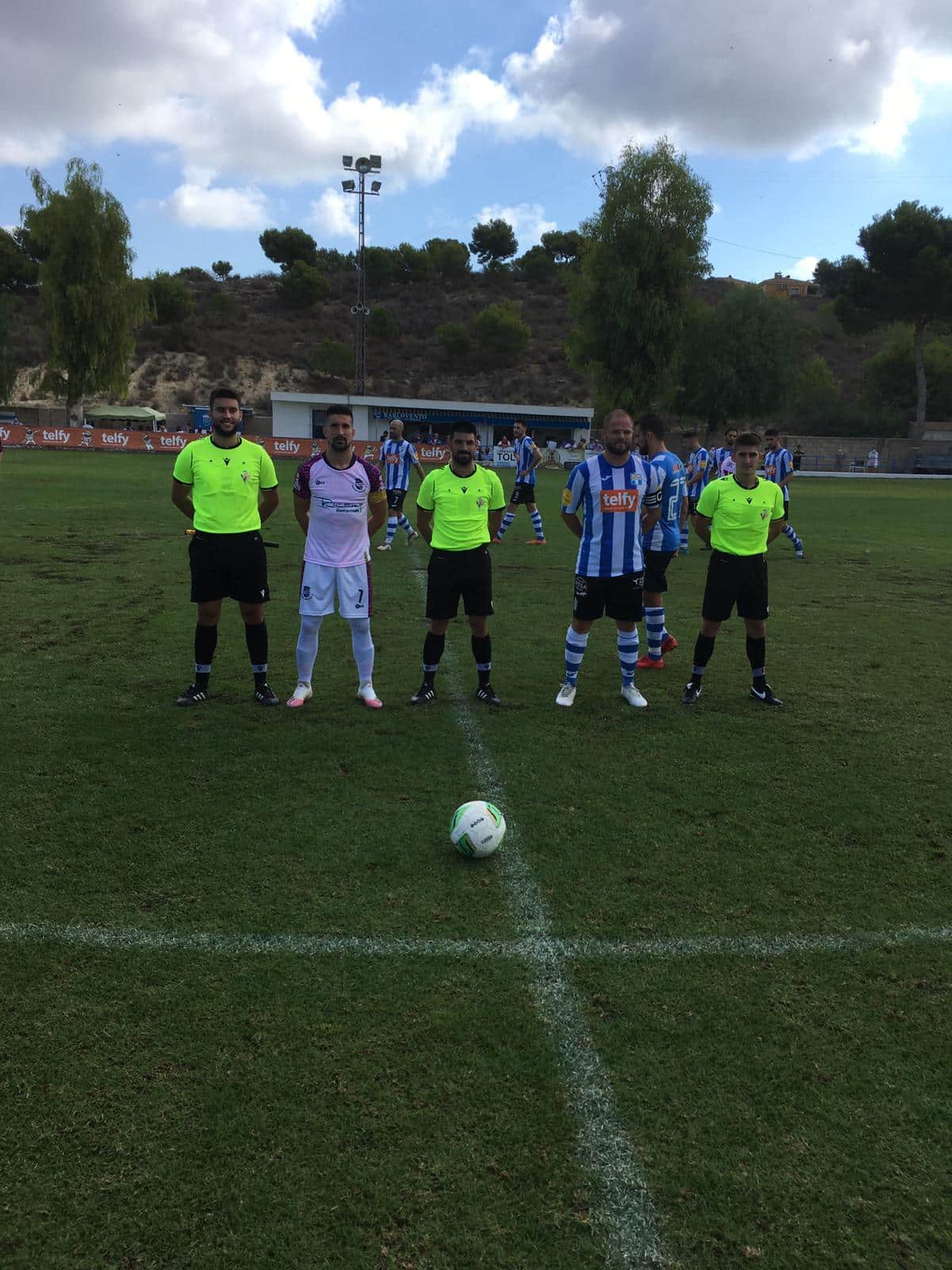 Substitute Calderon virtually made the game safe for Thader on 66 mins, when from the edge of the box, he executed a curling shot which squeezed just inside the far post.  Back from injury, Calderon almost notched a brace, but when through on goal, his effort lacked pace and was easily saved.