The hardest time to be different is when you are young. School-children and adolescence will spot any departure from their norm in a flash and the herd will savage the one who is different. How they dress, the type of music they listen to, accents and anything perceived to be a family oddity will be honed in on and be punished.

Often just being good at something is sufficient to mark the student as different, and therefore a person to be criticised. A student who is a good singer can be targeted for singing when asked to do so. The brightest scholar in the class can become afraid to put up their hand to answer a question that none of the others know.

A study at Harvard Business showed that a third of students defined the difference between what is right and what is wrong by what the others in their class do. If the others steal, well then it is all right to steal. This is the most frightening indication of the power of peer pressure on the young: ´If you cheat then it is Ok for me to cheat´ or if ´they are all doing it´, then I must do it.

Ask teenagers what their views are on fitting in with the crowd: Most will reply that they have to fit in, be like the popular ones and go with the herd.

Ask them why they hang around where they do and the common response will be that it is a popular place to do whatever. They will wear the same style of clothes as all the others, driven solely by a desire to be the same as the rest and to fit in.

It takes an awful lot of courage to opt out and be different when one is younger, but this aversion to thinking or acting outside the box is retained by the vast majority of people into adulthood.

I did the first EEC Agricultural Course in the mid 1970´s. An adviser told us one day that the greatest drawback in modernising Irish farming at that time was that when a farmer was unsure of the best way to do something, he asked the advice of another farmer and was more influenced by what his neighbour thought than what any expert told him. He waited to see what everybody else was doing.

A majority of us will stop listening to our own logic when any sort of threat is imminent and we pause to see what the other fellow is doing. This is known as the herd mentality and more than anything else, prevents those who can do from doing. 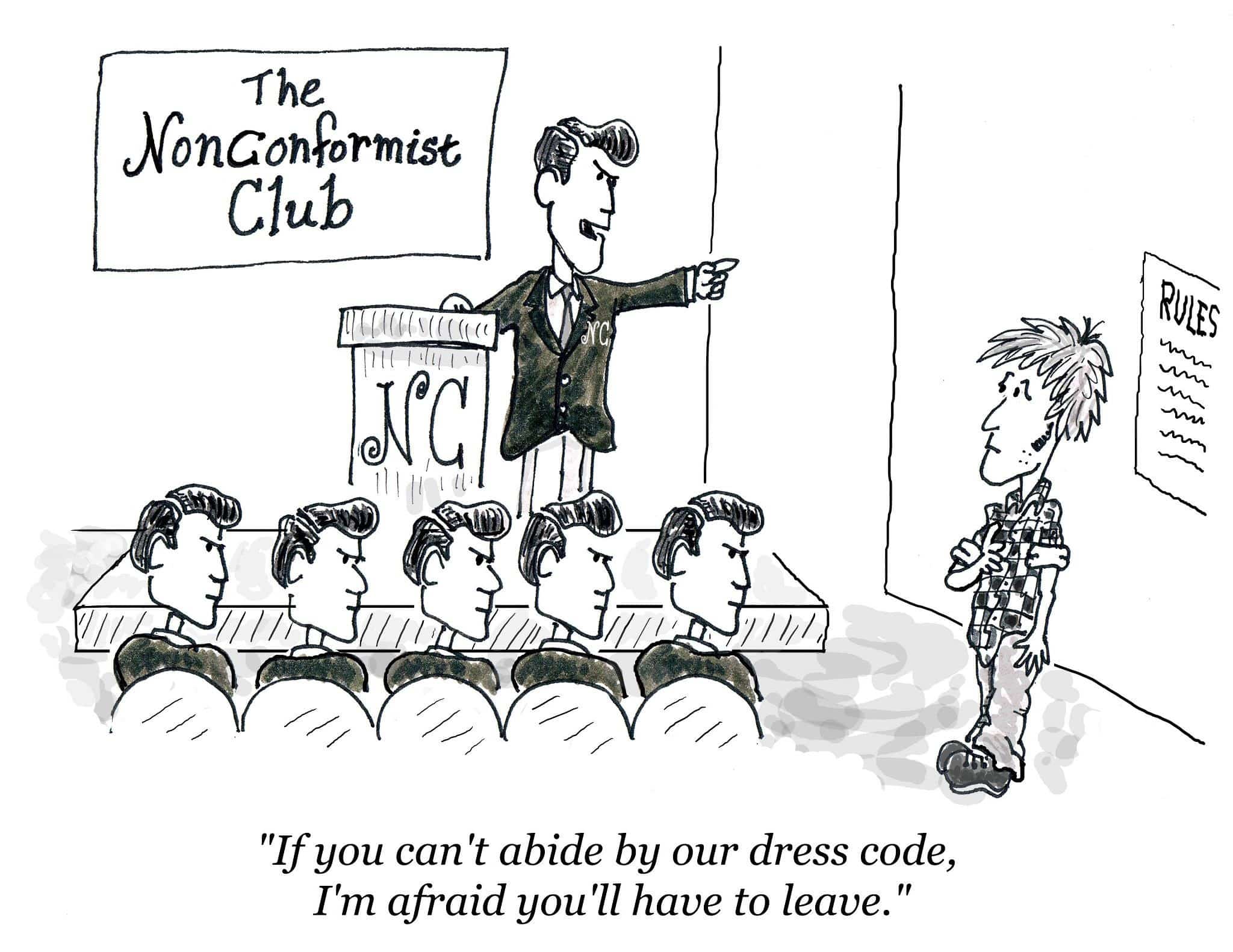 It takes a brave man to be different, but if you look back at history, the ones who made the greatest mark were different to the pack: Same thing with artists, composers, writers and any type of mould-breaker. Humanity’s most valuable assets have been the non-conformists. Were it not for the people who chose to be different and not to be satisfied with the continuance of things as they are, the world would have known little progress.

To succeed in business you should be different as well. You can make yourself busy and tired by trying to copy what the rest of the herd is doing. Instead, you should figure out something really different to offer your customers and separate yourself from the herd. It is not good enough to copy the status quo or imitate the competition.

Sheep-like beliefs will not get us out of any of our difficulties. Conformity is the process by which a person’s attitudes and beliefs are totally influenced by other people. Peer pressure is subtle and the herd becomes influenced by it over a time. The result is that we all end up thinking and behaving like everyone else. We need more people who are different.

Every day is different: Irrespective of what age you are; whether you have succeeded to your own satisfaction, failed, or just doddled along; today is a brand new day. Whether yesterday was stormy, sunny or dull, life begins again each morning. Each night is a wall between today and the past. Each morning is the open door to a new world – new vistas, new aims, and new attempts. Go on and try something different today!

Once you get rid of the idea that you must please other people before you please yourself, and you begin to follow your own instincts – only then can you be successful. (Rachael Welch)