Last Wednesday evening, Thader hosted another national division 3 team, in what proved to be an excellent work out.

Callosa didn’t just win last season’s Preferente division, but they lost only 2 games all season.  So, for Thader to hold them for long periods, showed to one and all just how far they have come.  Manager Raul Mora elected to field a strong starting 11, made up of mainly last season’s players, then introduced some new faces throughout the 2nd half.

The serious lack of rain, as per normal, is causing havoc to the Moi Gomez stadium pitch, where bald patches are already appearing.  Midway through the first half, Quino tested the visiting keeper, who pulled off a great save to deny the big striker.

There were no holds bar straight from the offset, for which the match ref chose to caution a couple of Thader players before the interval.  On 29 mins, Thader keeper Jesus pulled off an important near post save, but he could only watch 8 mins later, when a header beat him but also the bar. 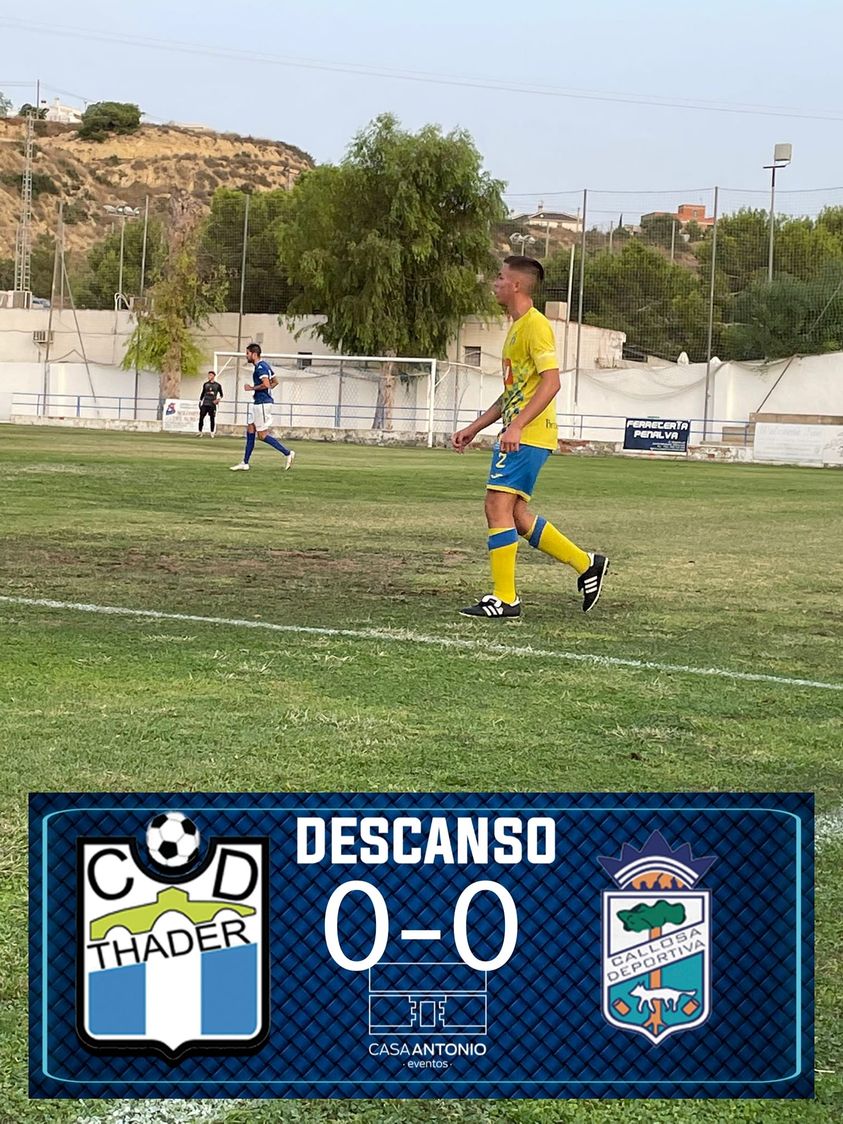 Callosa took the lead inside 2 mins of the restart.  Although Jesus saved a goal bound effort, the rebound fell invitingly to Callosa’s danger man, who expertly picked his spot from the edge of the box.

From the next attack, it was all square again.  Quino was clearly bundled over inside the penalty area, which left Ruben the opportunity to coolly dispatch the resultant spot kick with ease.

No sooner had the cheers died down, than another penalty was awarded, this time it was Callosa who converted to take the lead once again.

Queue more bookings for both sides, as a goodly looking crowd were treated to an action-packed match, which was anything but friendly!

A corner on 77 mins for Callosa was initially headed against the post, but from the rebound, a substitute smacked the ball home to make it 3-1.

With time ticking away, Calderon thought he’d got a consolation goal for the hosts, but alas his effort was disallowed for offside.  In stoppage time, Callosa hit the post again, but this time the danger was cleared.

Having now played 3 sides above them, Thader will now take on a lower ranked side, when they travel to Los Montesinos on Wednesday 18 August, ko 8.30 pm.