Torrevieja is on our doorstep, but have we explored it fully and do we know of all the activities that are on offer?

Did you know there is a Submarine in the port area, which you are able to visit and explore, and experience that feeling of cramped conditions that sailors on these crafts had to endure. There are also a couple boats you can go aboard. One being an Albatross III patrol boat and the other is the Pascual Flores Schooner which is a Floating Museum although at the moment it is on a European tour, so not in Torrevieja Port.

There are boat trips, one being to the Isle of Tabarca, a little Island just out to sea.

Alongside the port there are a couple of sculptures which pay homage to Torrevieja’s place in musical history.  There are 5 quirky statues making up a band, each playing a musical instrument.  Further along there is the sculpture paying homage to the Habaneras.

Torrevieja has a history of music ranging back to when it had a great amount of commerce with Cuba, and the sailors used to come back singing Cuban songs. The name Habaneras derives from the capital of Cuba. Havana and Habaneras has been associated with Torrevieja ever since.

Further along is the Sociedad Cultural Casino building, an impressive structure that stands out from its surroundings. It was built in 1896 in an almost colonial style. It has impressive and ornate posts and arches on the outside, housing what is now a café.  Inside is old decadence done in a beautiful way.

What once was the ballroom is now part of the café.  There is an Arab room reminisce of the Alhambra and visitors can look around this room. It is a private club and members even pay monthly for a seat by the window so they can sit and watch the world go by at their leisure.

Art exhibitions and other cultural activities are held here throughout the year.

There is a small quaint Sea Salt Museum which explains the history of excavating the salt from the lakes. We can see the salt piles from the N332 coming into Torrevieja from the south and north near Santa Pola, where there are plenty of salt lakes with hundreds of Flamingos living there.

Torrevieja has plenty of beaches, Los Naufragos being one of them, a blue flag beach, it is a long and wide beach with palm trees and a children’s small water park at the far end out in the sea.

There is also Cala Cura a sweeping bay backed with a promenade with plenty of cafes and shops.

The Promenade of Torrevieja is usually a busy place with many residents and tourists alike enjoying a lazy stroll in the sun or the evening breeze.

Here there are plenty of restaurants to grab a bite to eat or just to sit with a drink.

Also, there’s lots of seating just by the water to chill and read a book or just listen to the waves. You can venture onto the rocks and go for a swim. There are ladders into the water making it easy to do this. Or just a little further along there are even more beaches to choose from, 20kms of coastline from La Mata, Los Locos, El Cura, to Los Naufragos.

As well as the Promenade there is a long walkway that juts out with the sea on one side and the Marina on the other. The Marina has several bars, and it is lovely to sit watching the boats bobbing on the water. 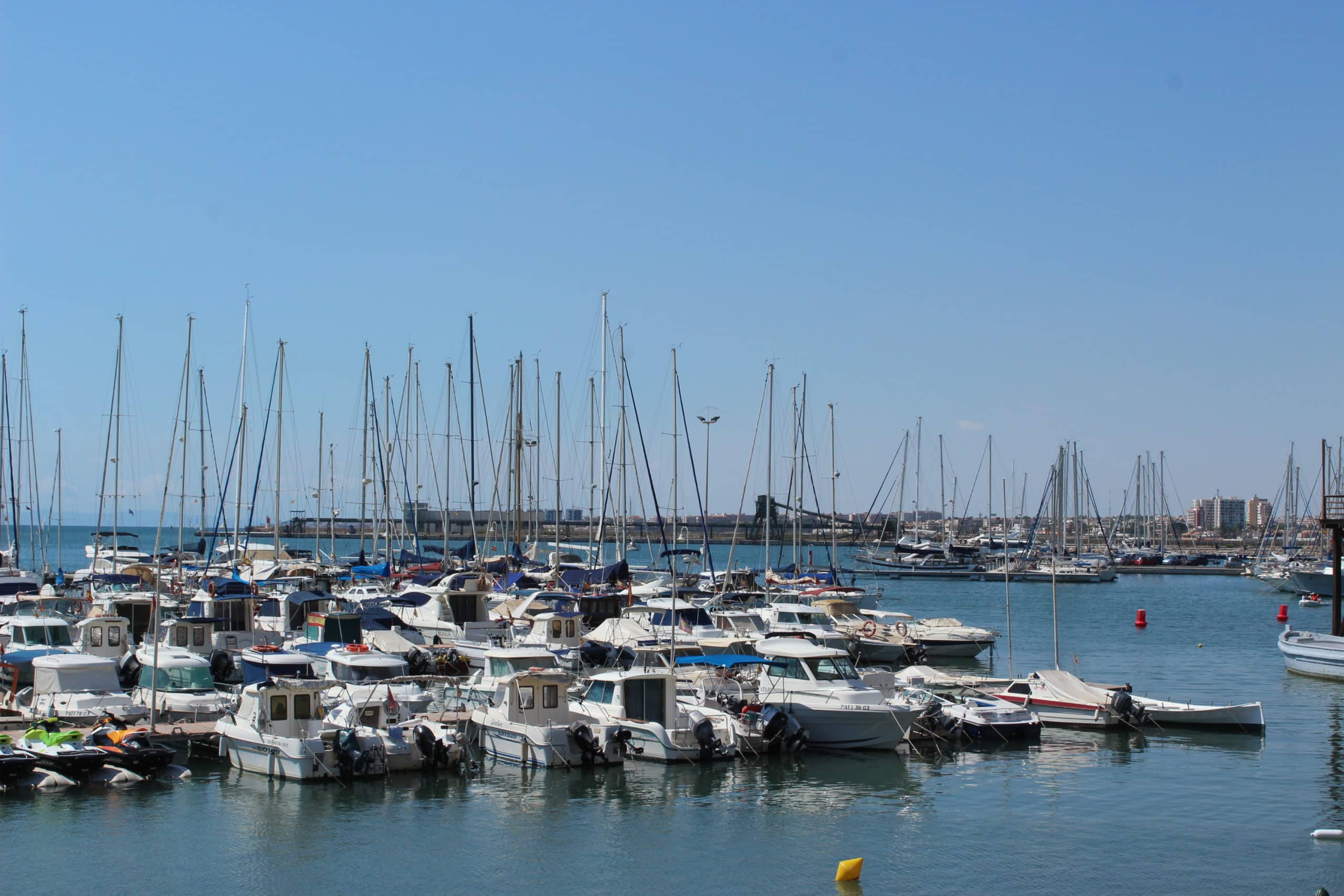 At the start of the Promenade is the Paseo de Libertad craft market. Here there is a whole street filled with stalls offering all sorts of different crafts, jewellery, leather bags, phone cases, clothes, souvenirs and so much more. There are only a few stalls open in the day as most open in the evening.

Close to here is the fair with the usual buzz and rides, suitable for children and adults alike.

Shopping in the town can be good as lots of small boutique shops if you are wanting something a little different.

There is a lovely park to spend time having a picnic, the Garden of Nations. It has a lake in the shape of Europe and all the European flags are flying. There are many ducks, geese, chickens running about and even have a few beautiful peacocks. It is a very pretty and colourful place with all its different plants.

At one end is a children’s playground with a delightful huge dragon slide along with swings and the usual play equipment.

Torrevieja has its own Water Park Aquopolis, open June to September with so many different slides, rides, and pools to suit all ages, a great day to be had by all.

Going south on the N332 about 3k is a karting track, they accommodate a range of ages and now they even have a Go Fly which simulates sky diving, a must if you want to try something different.

The population of Torrevieja is around 85,000 and this number over the last few years has been decreasing due to the recession. Within the foreigners’ the British have the most inhabitants which is around 13,000.

In the summer this number increases enormously to 400,000, an incredible increase. We have seen an upturn this year but due to Covid the numbers are not going to be anywhere that.

But whatever you do – have fun.