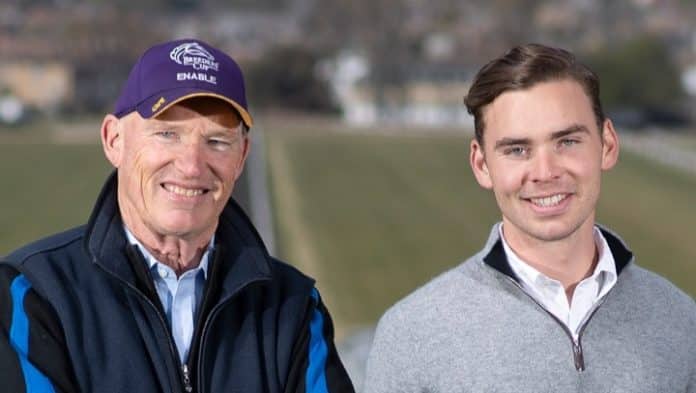 John Gosden said Palace Pier’s schedule will include the Jacques le Marois at Deauville – ahead of the Queen Elizabeth II Stakes and Champion Stakes in October.

“He had a blood disorder right after the Queen Anne and had to miss the Sussex Stakes,” said Gosden.

Co-trainer, with son Thady, Gosden said: “All being well he’ll be in the Jacques le Marois at Deauville – then we’ll take it forward from there.”

Palace Pier, St Mark’s Basilica, Snowfall, Adayar and Poetic Flare are set to go to post in the Qipco British Champions Day on October 16, with prizemoney of £4m up for grabs, in what is Britain’s richest race day.

Ahead of the Queen Elizabeth II Stakes, Gosden said: “The QEII is a definite possibility again.

“Palace Pier is also entered for the Champion Stakes – it would be interesting to see him at a mile and a quarter.

Trainer Archie Watson won the Group 1 prize in 2020 with Glen Shiel and he could be represented with the defending champion and stablemate Dragon Symbol.

Dragon Symbol racked up four consecutive victories this season, finishing second in the last two outings at Newmarket and Goodwood in July, the latter in the 5f King George G2 Qatar Stakes, won by Suesa.

David Menuisier trained Wonderful Tonight could go to post with Love, Tarnawa and Snowfall in defence of the Fillies’ & Mares.