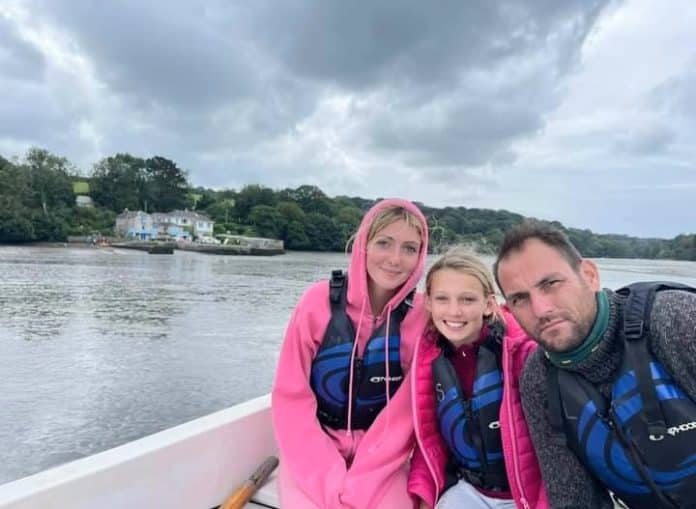 Trainer Phil Kirby is back holding the reins at his Green Oaks Farm in Richmond, Yorkshire after an eventful family break in Cornwall – having had to be rescued on the Helford River.

“We are back at Green Oaks after getting stuck on a low tide mud flat on the Helford River,” said Phil’s wife, Pippa.

The Kirby’s were stranded on a large mud bank in the centre of the river. Specialists mud Rescue technicians were deployed and returned the family to the shore.

Weather conditions were changeable, with Storm Evert bringing the possibility of 75mph winds.

“Many thanks to the Rescue teams who came to our aid,” added Pippa, who was rescued along with Phil and their two daughters.