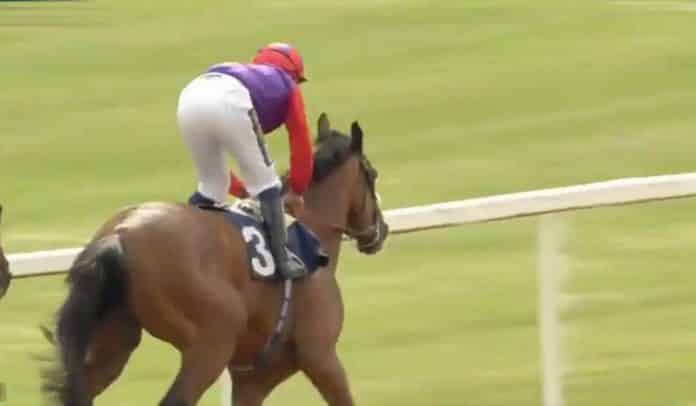 “I didn’t think I’d won – but she deserved to – we had to do it the hard way,” said Dawson, landing his first Group 1.

“She stuck her head out. I’m pleased connections stayed loyal to me in keeping the ride,” said Dawson.

“This year has been amazing – and it just got better!,” added Dawson.

Dance Fever (12-1) from 14s tipped each-way by fromthehorsesmouth.info finished third in the Moet & Chandon International Stakes over 7f, beaten a short head and a neck by Danyah and Star Of Orion, respectively.