Pinatar Arena has announced the fixture list for this summer 2021 in its Football Centre. The event, held in the San Pedro del Pinatar town hall, was attended by the General Director of Sports of the Region of Murcia, Fran Sánchez, the sports councillor from San Pedro del Pinatar, Pedro Vivancos, and the managers of Pinatar Arena, Mariano Sánchez and Fran de Paula.

More than twenty games have been arranged with teams from the 1st and 2nd Spanish Leagues, 1st French and the 1st Division in the United Arab Emirates.

Teams from the Region of Murcia will also be represented including FC Cartagena, UCAM Murcia, Real Murcia, Mar Menor and Pulpileño.

Last week the friendlies began in a Pinatar Arena that hosts tomorrow, Thursday, July 22, at 8:00 p.m. one of the highlights of the summer with the Olympique de Lyon – Villarreal dispute. All the games that are played this summer will be held behind closed doors. 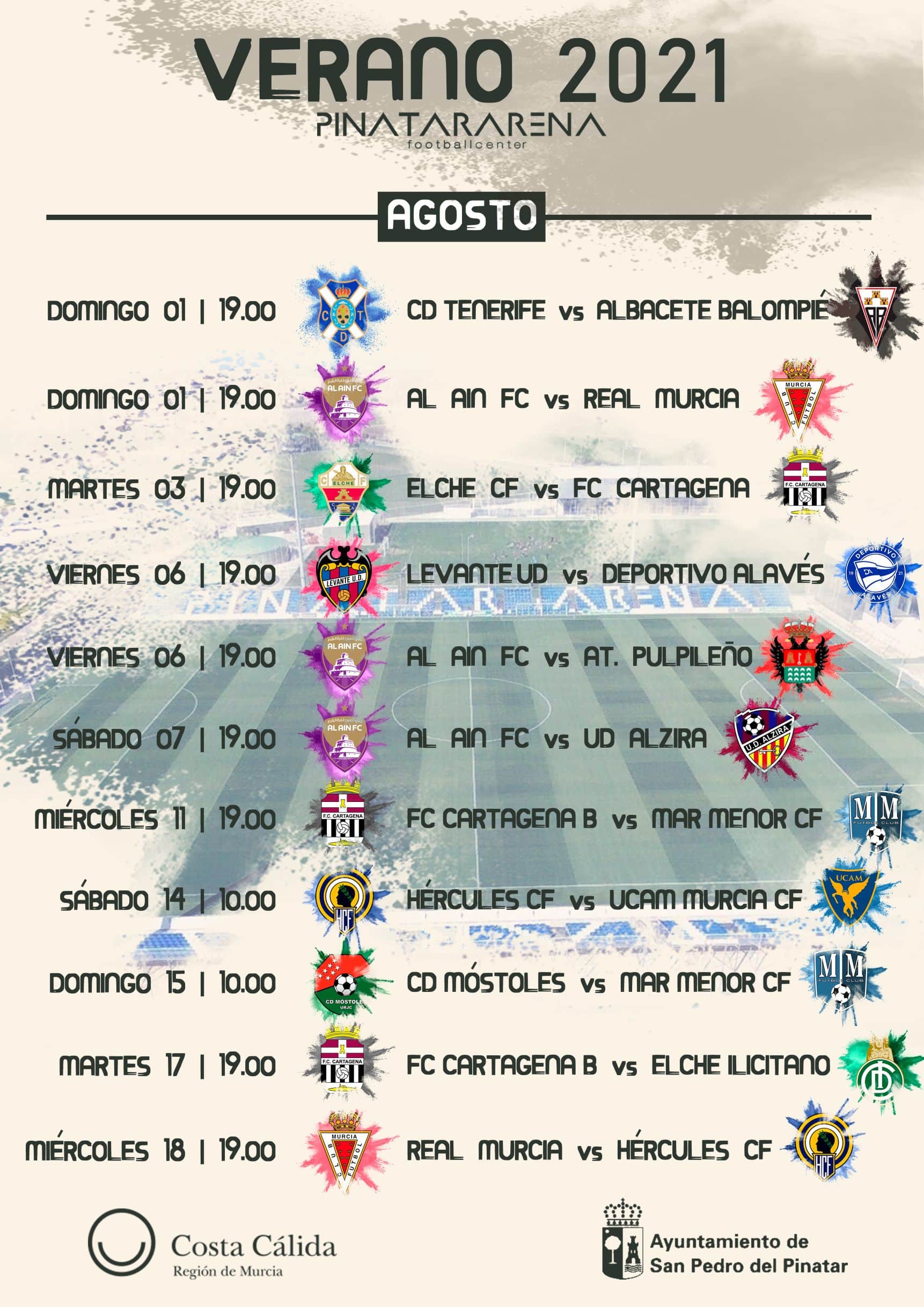