The LGBTQIA+ community has been through a lot and has faced many issues, but in recent years they’ve caught a break and have begun to get favorable laws, be included and more, understood and discriminated against less. Every day, here and there, famous people come out as representatives of non-traditional sexual orientations or being of non-conventional genders. This surely adds to the popularization of free-thinking and getting off the dating and preferential fears.

There is still a long way to go, but lesbian dating in Australia is quite accepted at the moment and facing an as little backlash as possible right now. Australia is a pretty open and accepting country, and there are many Australian lesbian women in sports right now who are well-known and appreciated for their talent.

Hana Mandlíková is a 59-year-old former professional tennis player. She was born in Czechoslovakia but also has Australian citizenship.

During her active years, Hana did not come out as a lesbian, fearing that it might affect her career. She divorced her husband and moved to Australia. Only then did she give birth to twins and started raising them with her partner, Sydney Biller. The father of the children (who are also tennis players) was a friend who has no role in raising them.

In 1994, she was inducted into the International Tennis Hall of Fame. Even today, she is still considered one of the best tennis players, having ranked in the World’s top 50 from 1978 to 1989 (12 consecutive seasons). She retired in 1990 and became a flourishing tennis coach.

Elyse Villani is a 32-year-old Australian cricketer who is currently a member of Australia’s national women’s team. She also represents the Tasmanian Tigers and the Melbourne Stars.

In 2015 she announced to the general public that she is a lesbian and was the following player of the Australian team to come out, after Alex Blackwell.

Michelle Heyman is an Australian commentator and soccer player. She plays for Canberra United right now. She has also played for Sydney FC, the Central Coast Mariners, Adelaide United, and the Western New York Flash. 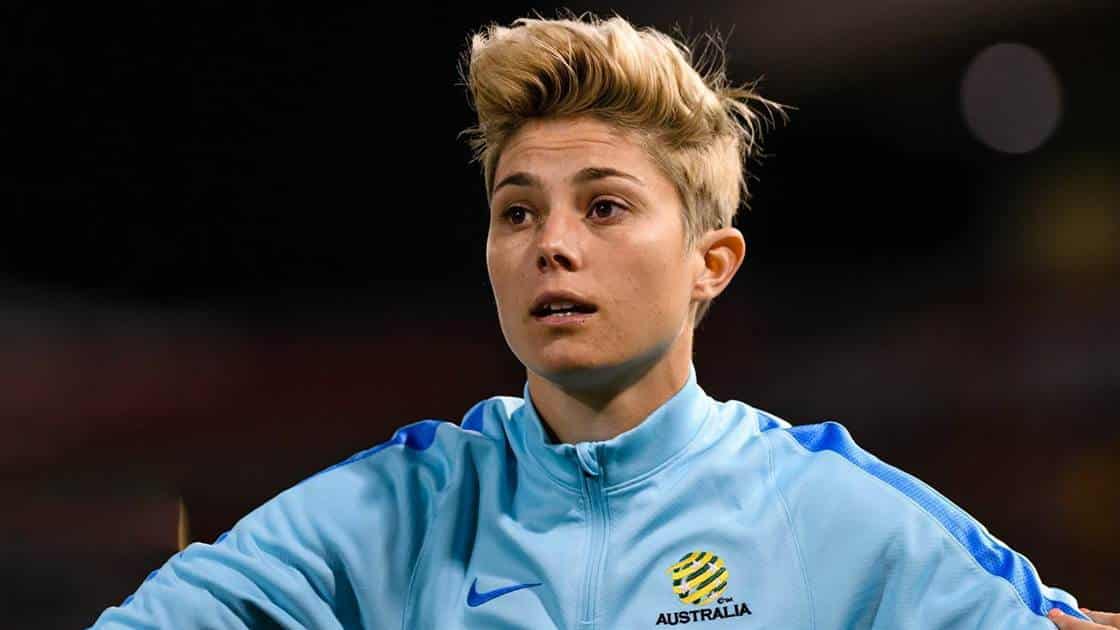 Heyman has been kicking the ball for Australia since 2010. She has participated in the Women’s Asian Cup, the World Cup, and the Summer Olympics. In 2019 she stated that she would be withdrawing from international soccer.

Tayla Harris is only 24, and she is an Australian footballer and professional boxer. She plays for the Melbourne Football Club right now, but she has also played for Carlton and Brisbane in the past.

Tayla Harris was listed in the 2017 All-Australian team. In 2020, she was also the World’s fourth-best active female middleweight boxer.

Alyson Annan is an Australian field hockey player, now retired, who earned 228 international caps for the Women’s National Team. She is now the head coach of the Netherlands women’s national field hockey team, which she led to great success.

Alyson has won 9 gold medals and an insane number of other impressive awards, so it didn’t come as a shock when, in 2013, she was added to the Sport Australia Hall of Fame. Alyson Annan was voted the Best Female Hockey Player in the World in 1999.

Alyson Annan is in a domestic partnership with Carole Thate (a former Dutch hockey captain and an Olympic medallist), and they are raising two sons together.

There are many lesbian professional athletes in Australia, either currently playing or retired, who have impressed generations of sports fans. We’re unsure of whether or not the ones who are single have tried online dating yet, trying to find a match who can handle the life of a pro player’s partner.

While many of them have come out as lesbians only after their careers were no longer in jeopardy, there have been some who were not afraid to stand up and proclaim that love is love and that their sexual orientation has nothing to do with their sports talent and dedication.

Luckily, Australia is a safe haven for LGBTQIA+ members, so even when they did come out, there were no awful repercussions, and they were allowed to continue playing and bringing tons of awards home.

8.3 BILLION TONS OF PLASTIC ON EARTH