Ten single-use plastic (SUP) products that have blighted Europe’s beaches will be largely banned from July 3 – as the EU’s Single-Use Plastics Directive of 2019 comes into force.

Oxo-degradable plastic bags marketed as biodegradable but, according to the EU, break down into microplastics that long remain in the environment are banned.

These disposable plastics make up around 70% of marine litter in Europe.

Cafes and restaurants will now be forced to stock cups and straws made of bamboo, cellulose or other biodegradable materials.

Plastic food containers, coffee cups and cutlery, as used by takeaway businesses during lockdown, are now banned by the EU.

As part of the plastics reforms SUP bags, bottles, beverage and food containers for immediate consumption, packets and wrappers, tobacco filters, sanitary items and wet wipes will be restricted.

Producers will have to pay for the clean-up and institute awareness campaigns about their environmental impact.

The aim is an EU circular economy model, via which any remaining disposable plastics will be reusable or recyclable by 2030.

EU Member States have drawn up their own laws to implement the Single Use Plastics Directive. Some have even decided to add to the list of banned SUPs.

The European Green Deal policy includes all EU member states who must adhere with a waste and pollution-free circular economy model in which any SUPs are sustainably re-used and recycled by the end of the decade.

Their are 8.3 billion tons of plastic on earth. How harmful are plastic bags to the climate? 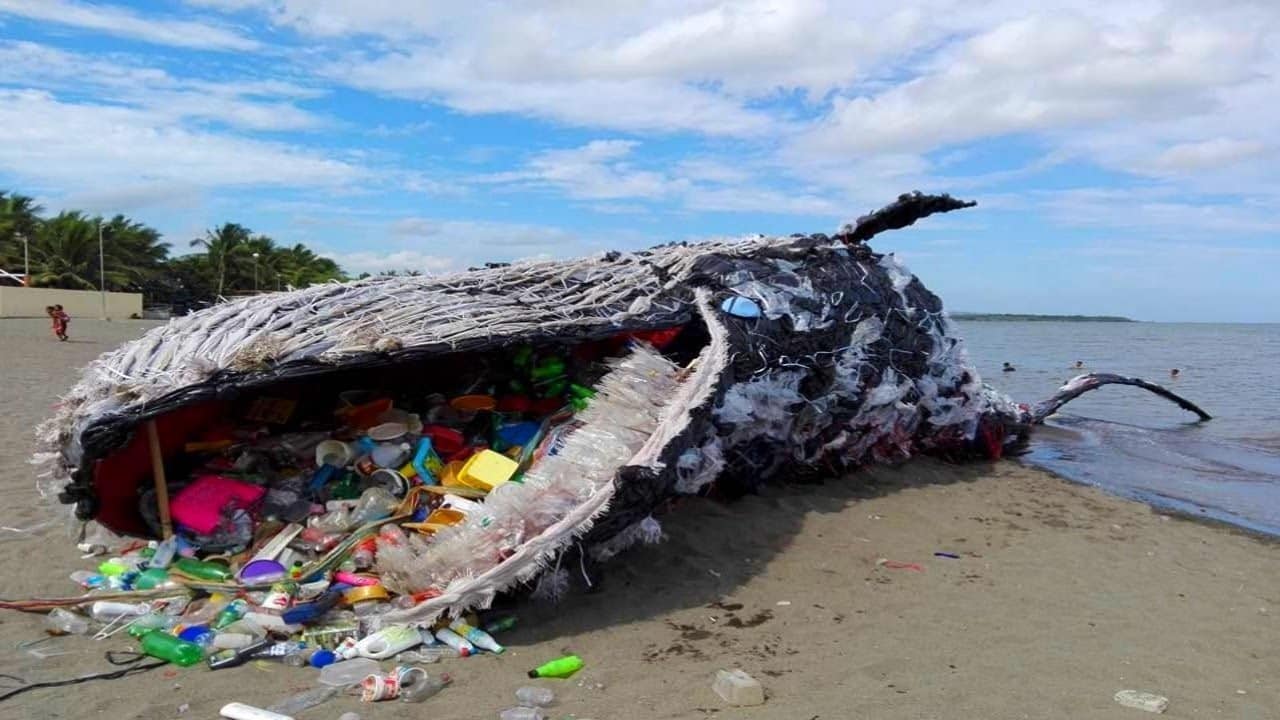 The plastics directive deals with a plethora of throwaway plastic items that end up on Europe’s coasts, it does not ban some of the 1.3 billion plastic drink bottles that are sold daily around the world.

Made of PET, these fossil-based plastic containers are one of the few that can be recycled and used to make new bottles, packaging or fibers. The problem remains that only 65% of PET bottles in Europe are collected for recycling , and the rest will take hundreds of years to decompose.

These bottles should also contain at least 25% recycled, as opposed to virgin, plastic by 2025.

Manufacturers who sell PET bottles also have more stringent accountability as part of the ‘extended producer responsibility’ mandate included in the directive.

Based on the ‘polluter pays’ principle, producers will have to cover the cost of waste management clean-up along with raising awareness about the environment impact of the product and the most sustainable disposal methods.

Biodegradable cotton bud sticks will typically be made from compostable bamboo, disposed of in normal organic waste.

Article 8 of the EU Single Use Plastics Directive specifies that tobacco producers have to foot the bill for the clean-up of cigarette butts, containing plastic filters.

Made with cellulose acetate, a polymer that breaks down in the environment very slowly, some 4.5 trillion butts are discarded annually – the most littered item on earth.

Activists want plastic butts to be outlawed, scheduled in 2027 when the list of banned SUPs will be updated.

In September 2020, anti-plastic campaigners collected 142,000 cigarette butts from streets across the Netherlands.

“Communication campaigns do not solve the issue,” said Karl Beerenfenger from By the Ocean we Unite, which co-organized the clean-up.

“We must change the product itself. Cigarette filters only serve as a marketing tool to sell more cigarettes. We want to get rid of the plastic cigarette filter altogether.”

Sustainable filters could be an interim solution, with the company Green Butts pitching its water dispersable filter to the EU Commission on social media, claiming its product biodegrades in days and is produced with sustainable natural fibers.

The SUPs ban exempts medical-related plastics, including the masks and gloves that have become so widespread during the COVID-19 pandemic.

These materials have ended up as waste – on both land and in marine environments – with potentially harmful impacts on ecosystems, according to the European Environment Agency (EEA).

“Imports of face masks into the EU more than doubled compared with business as usual before the pandemic,” said the EEA.

The increase happened while EU production was also increasing.

With around 170,000 additional tons of these plastic-based face masks introduced into the EU during the first six months of the pandemic, calls are growing to find alternatives.