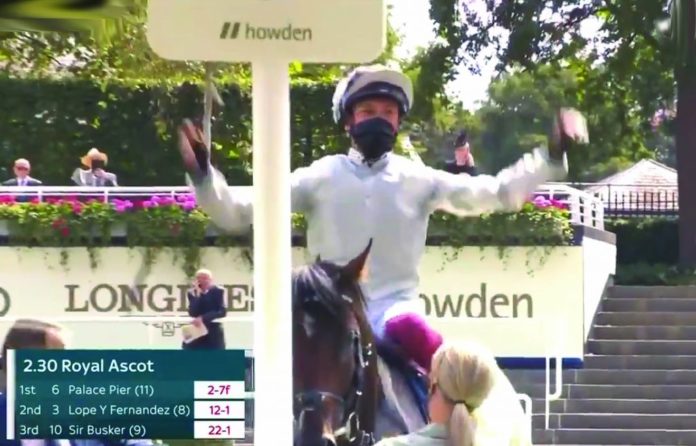 “It was a pressure ride,” said Dettori, who was winning the race for the seventh time.

“It was the first time on this type of ground – good to firm, good in places – but he showed he’s the best around,” said Dettori.

“I’m feeling great, but it’s a pressure ride being on the first race of Royal Ascot.

“I used my judgement to get it right. You want everything to go right – and it did,” said Dettori.

John Gosden said: “The horse has a great attitude. He’s not a flashy worker at home, but loved it on the track – he’s a pleasure to be around.”

The post UNDER PRESSURE! appeared first on Horse Racing News and Tips.