Orihuela Local Police have broken up a cock fighting farm that was found hidden in a cave in the Sierra Oriolana hills, where the roosters were being bred for fights.

With the assistance of municipal veterinarians, the police rescued about thirty animals that they found deep in the mountains, in the San Miguel mount, close to Calle Miguel Hernández.

Most of the cocks were found to be in a poor state of health but all have now been moved to the municipal animal protection centre.

The operation took place last Friday when, after the agents learned of the roosters that were being used to breed. They were being kept in tiny cages without proper hygienic or animal welfare conditions, with all the specimens destined for dealers who would pump them full of steroids before use them to participate in illegal fights, often to the death. 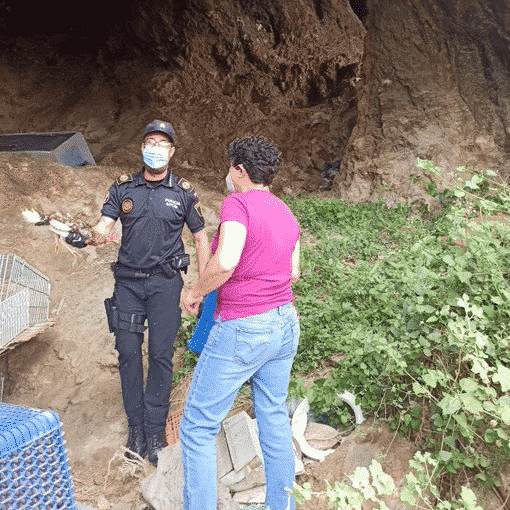 The municipal veterinarian took part in the transfer operation which he said was carried out without harm to any of the seized animals.

Cockfighting is banned in Spain except in Andalucia and the Canary Islands, although the activity is known to take place in the Valencian Community.

Those responsible for the farm in Orihuela will now face animal abuse charges, and if found guilty, of animal abuse will face up to a year in jail.