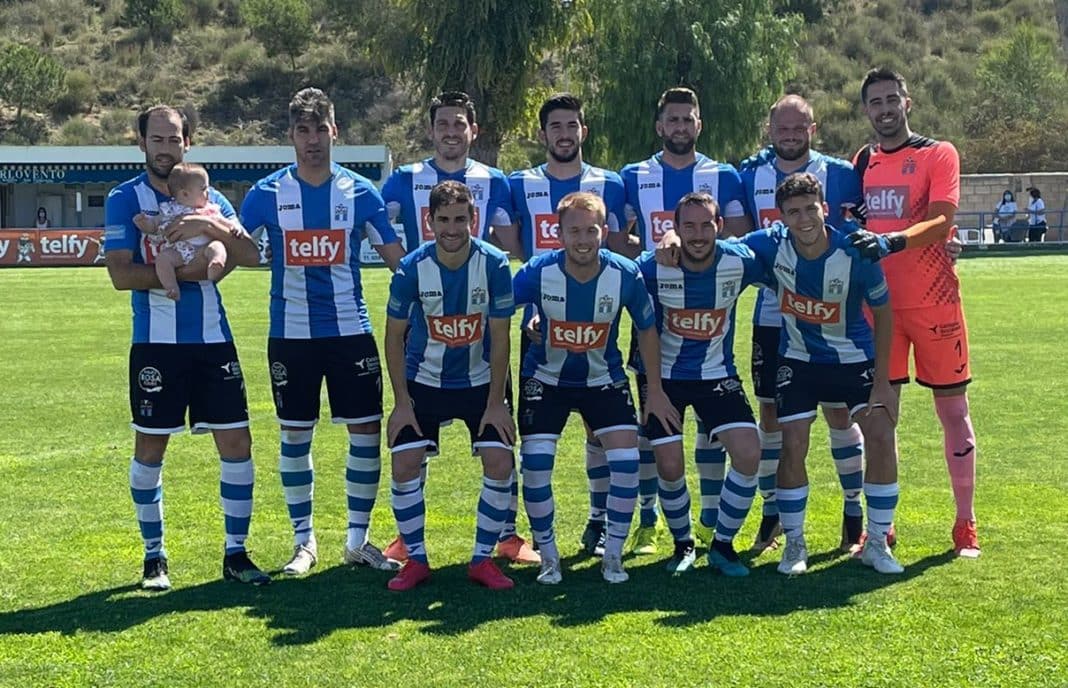 Two home games in a week not only earned a valuable 4 points, but ensured that next season, preferente division football will once again be played at Moi Gomez stadium, Rojales.

A Wednesday night match against relegation threatened Santa Pola, attracted a bumper crowd.  In addition to soccer starved fans catching up with live football, a local boy done good was in attendance.

Moi Gomez is still basking in the glory from Villarreal’s magnificent UEFA league cup final victory over Man United, but made the effort to sign autographs for adoring young fans, who must hope that one day they will emulate his achievement.

Inside the stadium named after Moi, the visitors should have taken the lead after only 2 min, but Juanlu missed a sitter.

Thader were certainly riding their luck, for less than 3 mins later, Santa Pola spurned another glorious opportunity.  Thader keeper Adrian needed to be at his best to deny 2 further attempts on goal, as the visitors threatened to run riot.  Top scorer Quino had other ideas though, for on 22 mins, totally against the run of play, he turned the match on its head.

The quick-thinking centre forward spotted keeper Nene off his line, then from distance executed a delightful lob which nestled perfectly in the back of the net.  Before half time, Quino could have notched a hat trick, but on both occasions, he was wide of the target.

Santa Pola were creating the better chances, none more so than on 57 mins, only for Juanlu to shoot wide of an empty goal. Quino can think himself lucky for only receiving a caution following his reckless lunge, which triggered an unsavoury melee.  Having given the ball away to an opponent on 62 mins, Lloyd then compounded matters by bringing him down inside the box.

Rulo made no mistake from the resultant penalty, levelling the scores.  Quino headed wide from a corner on 68 mins, then Lloyd almost made amends for his earlier error when his long-range effort was spectacularly saved.  With time running out, Santa Pola first hit the side netting, before a tantalising low cross failed to secure the touch needed for a winning goal.  This 1-1 draw mirrored the score achieved in the away match earlier in the season.

Manager Raul Mora elected to make 6 changes from the previous match, as Thader played the last home match of the season on a sun-soaked Sunday morning.  Season ticket holders were given vouchers for a free drink plus a BBQ meat filled baguette, which did little to help with my ever-increasing waste line!  It took only 5 mins for Calderon to pick up a loose ball inside the visiting box, before stroking home an inch perfect shot inside the far post. 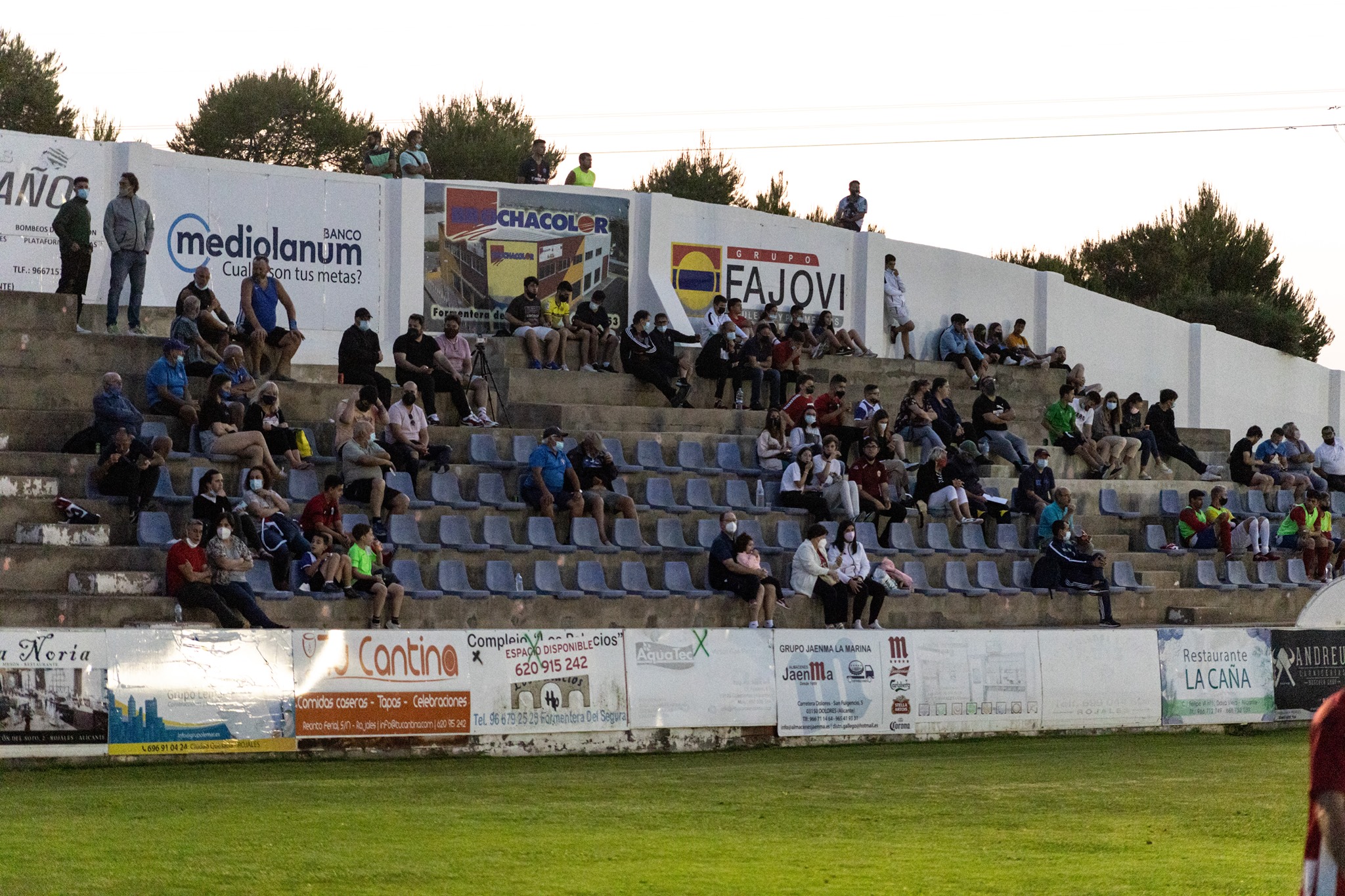 From the next attack, Thader doubled their lead.  A low cross from the right by Quino was side footed home by an unmarked Nino at the far post.  As in the previous match, Quino was in the thick of everything.  Three times within the space of 15 mins he came close to getting on the scoresheet, but his time would come.

Borja did put the ball in the net on 39 mins but was adjudged to be offside.  When Calderon was tripped inside the box on 41 mins, there was no way anyone was going to take the ball off Quino, who proceeded to send Novelda’s keeper the wrong way from the spot.

Straight from kick off, a well worked 3 man move, culminated in Calderon notching his 2nd goal of the match.  Although keeper Adrian was having little to do, he produced a good save to deny Jose an opening Novelda goal on 50 mins.  Puerto thought he had done just that on the hour mark, but a linesman flag cut short any celebrations.

When Quino notched his 2nd and Thader’s 5th goal on 62 mins, there was no way back for Novelda.  This was Quino’s 14th goal of the season, which currently makes him the division’s top goal scorer.  Nano’s first touch as substitute was to bring out a good save from Novelda’s keeper Soto, who brilliantly tipped aside a goal bound shot.

The little attacking full back then proceeded to strike first the cross bar, then the post, as Thader completely dominated this one-sided encounter.  On the stroke of normal time, Kike appeared to be fouled inside the box, but the match referee must have been feeling sorry for Novelda, for he denied a clear-cut penalty.

This emphatic victory went a long way to erase the disappointment following a defeat at Novelda, back at the beginning of the year.

For the final match of this extended preferente division season, Thader must travel to relegation threatened Elda next weekend.  Check out CD Thader Rojales facebook page for details of date and ko time.