“Territorialise the accumulated incidence data so that destinations such as the Costa Blanca and Benidorm can move onto the “Green” list on the United Kingdom traffic light system.”

This is the request that Spain’s central government has been making to the United Kingdom for weeks, so that tourist areas with low incidence rates can be considered as safe destinations for the British market.

The Central Executive will once again insist on this, according to the Minister of Tourism, Reyes Maroto, who stressed that “we will ask the British Government again to carefully consider to our request.”

The Minister of Tourism took part on Friday in the Digital Tourist Congress held in Benidorm. She stressed that she will continue to “demand from the British Government, that regions such as the Valencian Community and Benidorm, with a very low incidence, are included in the green traffic light system.” 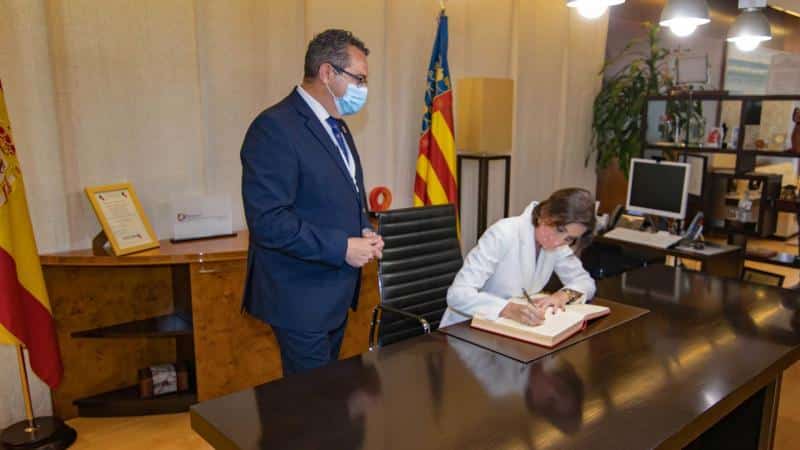 The decision not to include Spain on the UK ‘Green list’ was made last Wednesday, with the outcome of the UK findings made known to the tourism sector by the British Ambassador, Hugh Elliot, during a visit to  mayor Toni Perez at the Benidorm Town Hall.

The ambassador ruled out that British tourists would be able to travel before July; something that the mayor said “fell like a jug of cold water on him personally and on the city, since the UK is its main tourist market.”

The argument being made in Spain is that the British Government is basing it’s decision on the countries to be included on the ‘Green List’ on the incidence of the entire nation, and not of specific territories or communities, therefore, destinations with low incidence rates are being unnecessarily excluded, when they are perfectly safe to visit. And that is what the Spanish government says that it willinsist on once again.

The Minister of Tourism pointed out that “during the last review the territorial differences have not been taken into account.” And that will be the Spanish requirement: that the data of the territories be considered separately, although for now the British do not consider this as an option. The decisions are made using only the national average of the country, so despite the good statistics being seen in the Valencian Community, they are not even being looked at or considered.

But, according to Maroto, work will continue on “everything that is necessary as Spain continues lowering the incidence of the pandemic” and, for that, “vaccination is crucial, with which we are on the right track.”

She said it is group immunisation “that will give us certainty when the next changes are made to the British traffic lights”.

However, the Minister of Tourism stressed that, although British tourism is essential, the central government continues to “build loyalty with other markets.” To do this, as of June 7 “we will allow all vaccinated people to come into Spain from countries outside the EU regardless of their cumulative incidence. “While we will always aspire to attract visitors from other tourist destinations, and to explore other markets such as Asia, and whilst they will not replace the British market, they will certainly complement it.”

Prior to the meeting the Minister held talks  with  the Benidorm mayor Toni Pérez and the president of AMETIC, Pedro Mier, in the Mayor’s Office where she signed in the City Visitor’s Book with a dedication to the hospitality that has always been afforded to her, pointing out Benidorm’s contribution to tourism and its commitment to tourist excellence as the world’s first certified DTI (Destinos Turísticos Inteligentes).