There have now been five concerts organised in the municipality by the Orihuela Department of Culture, in their programme “Música en primavera”.

All of the concerts, which are free of charge, have been well supported, and shame on you if you haven’t ventured out to at least one of them.

All performances will be free to enter until full capacity is reached and will comply with all pertinent sanitary measures.

All of the concerts are listed on the programme below and one of note that you should be aware of is the concert to be held on 5 June by ACAMDO, the Asociación Cultural de Amigos de la Música y la Danza de Orihuela, entitled “Film music”.

One again it will be held in the open air on the Playa Flamenca Esplanade starting at 8pm. 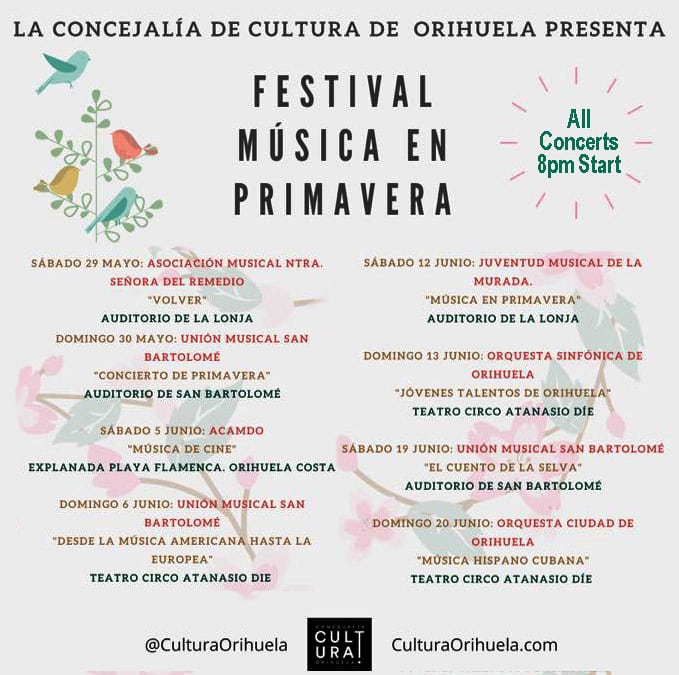