Residents and Presidents of several urbanisations bordering on Calle Canal de Suez in Los Riojas complained to C.L.A.R.O. of their despair at the deterioration over many years of their park Azadas.

As a protest against the lack of attention of the municipality, earlier this week they took matters into their own hands and began to decorate an old broken-down fountain with flowers and plants.

By chance, employees of the firm charged with Orihuela Costa’ s park maintenance were passing by and seeing the activities of the residents stopped to see what was happening.

When they heard of the desperate attempts to do something about the neglect of their park the maintenance crew offered to help, including planting flowers. 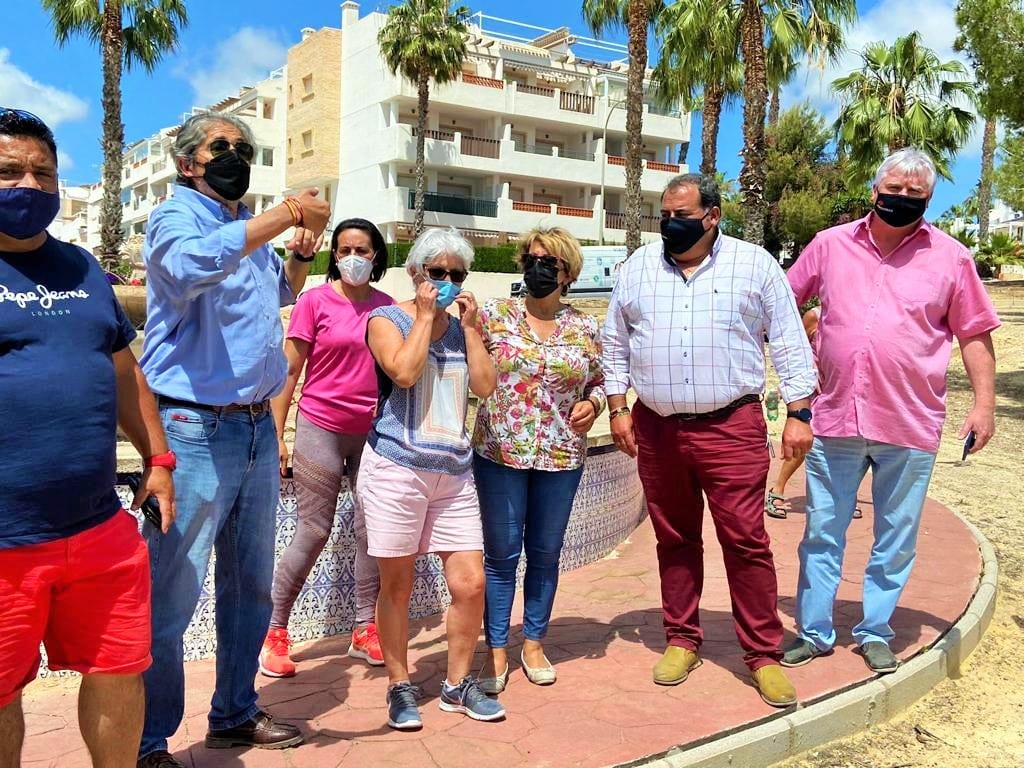 However, the story does not end there. The following day another maintenance crew arrived and began to prune bushes and remove weeds. Of course, that was not enough to remedy the numerous deficiencies from which the park suffers: irrigation system broken, trees and bushes unpruned for years, broken benches, an unsafe child’ s playground and drains emitting contaminated waste.

At the request of the residents trying to rescue their park from its state of abandonment, C.L.A.R.O. took up the problem directly with the Councillor for Parks and Gardens, who later made an appearance himself to see the maintenance efforts, bringing with him tools and flowerpots. He listened to the list of complaints and promised to deploy regular maintenance in the future. 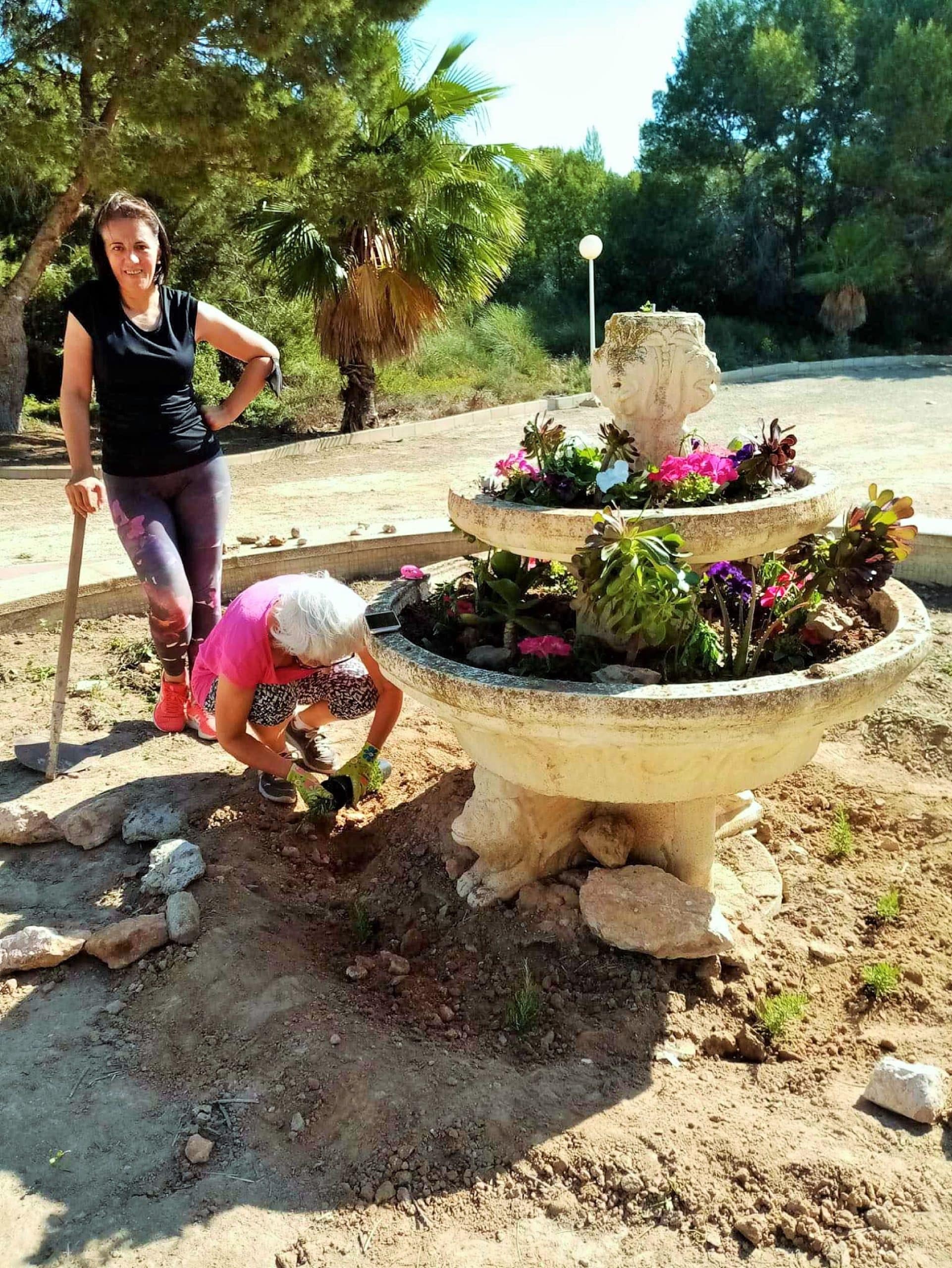 The story might appear to have a happy ending but C.L.A.R.O. believes it is just one of the many, many examples of the deficient service of park and garden maintenance and the failure of the Orihuela T own Hall to provide a proper service.

After 4 years, the present “contract” has not even been formally signed, is therefore illegal and certainly does not ensure sufficient resources, financial, material and human, to maintain even 50% of the more than 115 parks and gardens in Orihuela Costa.