THE Easy Horse Care Rescue Centre has seen more than enough cases of neglect and abuse over the years, but as new cases come in, it still shocks co founders Sue and Rod Weeding to the core and pulls at their heart strings.

Despite being so strapped for cash currently with the current climate and their charity shops struggling to bring in money for the rescue centre, the couple simply can’t say no. Such was the case this week when they had yet another call from the police saying they had found an abandoned donkey.

The little creature was in a skeletal condition, covered in sores. He was tied up with heavy metal chains by the river in Algorfa. Sue said: “He is just skin and bone. I know times are hard financially, we have 122 animals to care for and feed, but if we had said no this poor little creature would still be down the bank of the river tied to the palm tree with no food or water.” 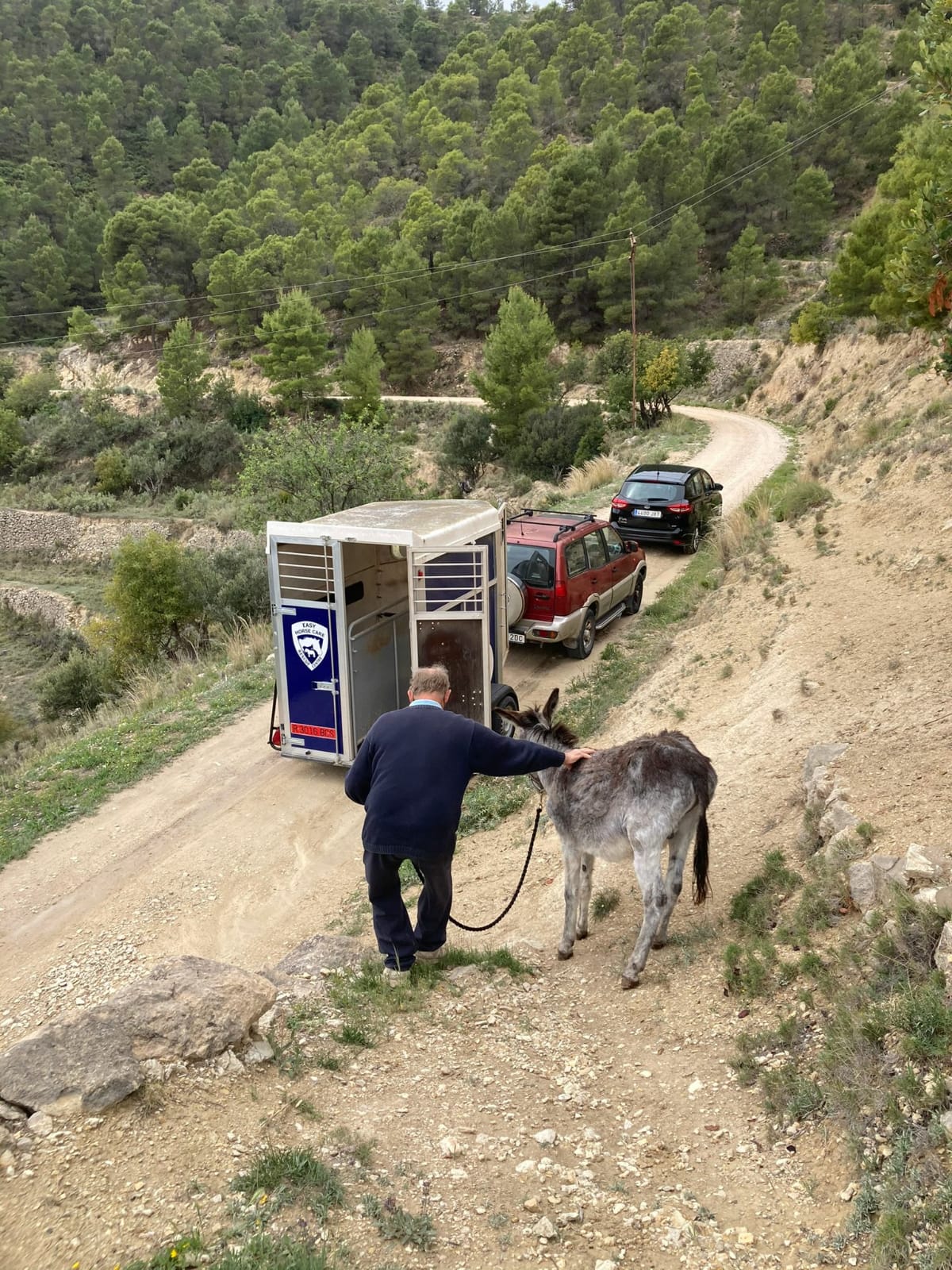 The rescue came just weeks after the Easy Horse Care Rescue Centre received a call from Spav La Vila Joiosa, a rescue centre in Villajoyosa about a donkey abandoned in a ruin in a small village. They don’t have the facilities to deal with a larger animal and called Easy Horse Care for help and assistance.

Sue said the conditions were once again appalling: “We found the poor little guy in this hell hole, alone in his dirty pen. We were told that he was fed bread by the neighbours after the owner had vanished.” He needed urgent attention from their equine vet Dorothea who was worried about his stomach and he continues to be monitored.

The Rescue Centre, based in Rojales, continues to be at the forefront of such rescues and are the first point of contact for the authorities when they are dealing with cases of animal abuse and neglect and yet, despite these close ties with the police and town halls, they still receive no funding or financial support. Everything comes from Rod and Sue’s own pockets or through public donations.

With two more mouths to feed they need help more than ever. Their van, which is vital to the charity shops to help collect donations of furniture, is currently in the garage. Repairs are expected to cost between 1,000-1,500€ and 5,000€ is still owed to the Alicante horse hospital for previous treatments. “We are so strapped for cash and are struggling but if we say no there is no other option for these animals.”

For more information on the work the Rescue Centre does or to make a donation, visit website www.easyhorsecare.net

Volunteering your time is immensely rewarding. You will help give the rescued equines a second chance at life while also having fun, meeting new people, creating new friendships, learning something new and gaining invaluable experience to enhance your resume.