Due to a plethora of fixtures postponed during the campaign following coronavirus lockdown the FFCV have split the league, with the top seven and bottom seven clubs vying for promotion and relegation, respectively.

Fixtures on April 24-25 saw CD Cox defeat Racing San Miguel 3-0, with Racing slipping down to tenth, missing out on the promotion race cut-off.

Racing San Miguel put out a media shout to fans ahead of their fixture against CD Cox to rally the team on in a bid to retain a top half place in the league.

“The game was important for the team. It was the last day of the regular league, after which the competition be divided into two groups,” said a spokesperson from the club.

CD Cox sat sixth place in the league, with Racing San Miguel seventh, along with CD Benijofar and CD Montesinos in eighth and ninth, the quartet all on 17 points ahead of fixtures.

“We only depend on ourselves, that is why we asked the fans to leave a message of support for our players. The fans are what push us to continue, to fight.

“The support and pride of our people, the town of San Miguel, is always with us,” said the spokesperson.

Following behind closed doors games spectators will return to the terraces in May, after Government easing of coronavirus restrictions. 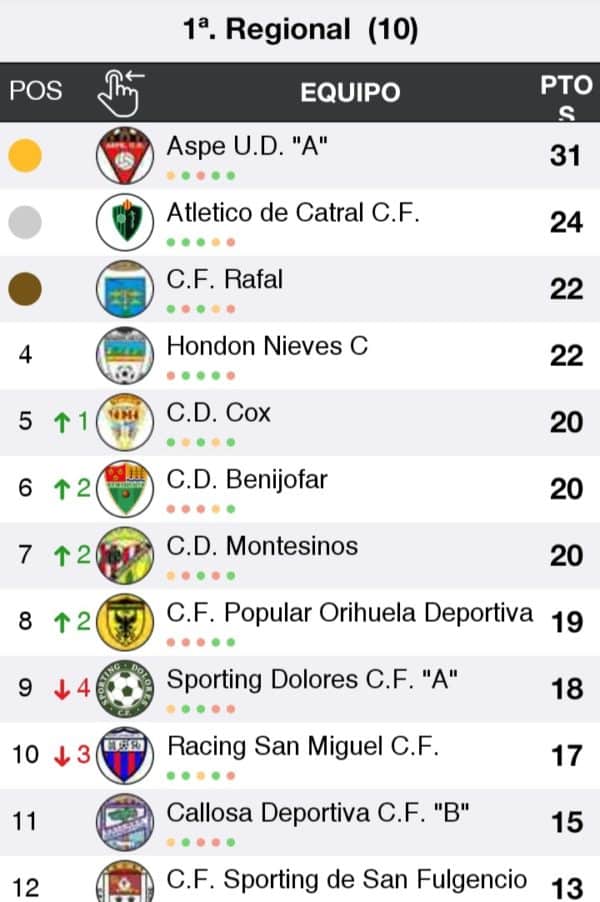