Police have attended the scene after the decomposed body of a whale was washed ashore on the Els Vivers beach in Guardamar de Segura.

It is understood to be a sperm whale – Physeter macrocephalus – one of the largest cetaceans.

The Guardamar Policia and the Seprona of the Civil Guard stood by the corpse while awaiting the arrival of the relevant authorities to remove the whale. 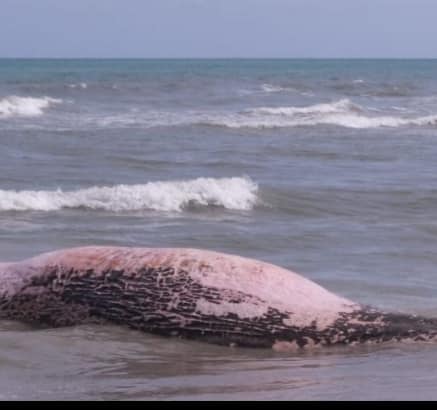 Guardamar Mayor José Luis Sáez said the Municipal cleaning services plant machinery did not have the capacity to remove the whale, but arrangements would be made available.

The Civil Guard Seprona have filed a report on the dead whale and following the Generalitat being consulted it was found the cetaceans state of decomposition of the animal made the cause of death unknown.