At La Mata thousands of the small ‘sail’ Velellas could be found dead, strewn along large stretches of the shoreline.

The jellyfish are easily recognisable by their colouration and size. Sails pose no danger to humans, in contrast the bite of Pelagia is painful and may require medical or hospital treatment, in severe cases.

David Payne, from Los Montesinos who has a boat in the area told the Leader: “There were quite large numbers out at sea that were dead in the water, and subsequently washed up along the shores.”

A million euros for jellyfish nets in the Mar Menor

Having identified a similar problem, Murcia’s Autonomous Community is erecting jellyfish nets along 43 kilometres of it’s coastline  to safeguard the bathing areas at a total of 60 beaches and coves, thereby allowing more security and  to enable their enjoyment by visitors. The nets will be installed thanks to an investment that exceeds 1.1 million euros.

The venture, approved by the Governing Council, also provides for the maintenance of the nets and the installation of buoys and markings between bathing and navigation areas in the Mar Menor during the years 2021 and 2022. 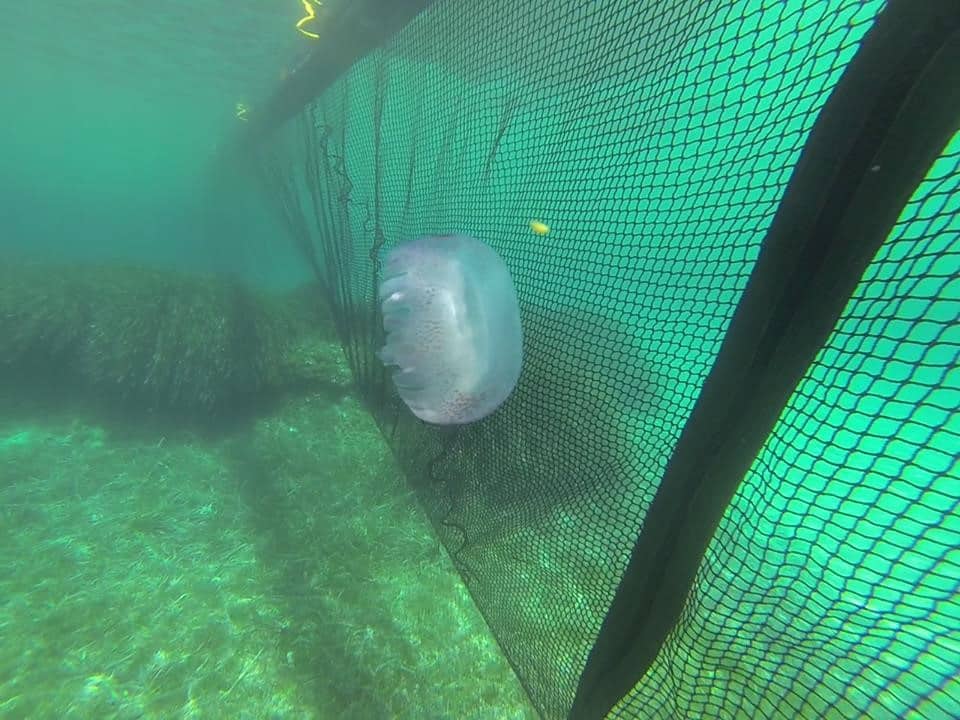 The works consist of preparation, installation, maintenance, removal, cleaning and storage of the jellyfish nets and the marking of the bathing areas across the Mar Menor, also including the organization and coordination of the works, as well as the provision of all necessary material and equipment.

The panels will have a variable height of between 1.5 and 7 meters, leaving the deepest 50 centimetres of the net folded on the ground.

In addition to the non-native species entering the lagoon, after a period of slow population growth, recent reports have showed massive proliferations along much of the coastline, caused by the drop in salinity and the availability of nutrients.