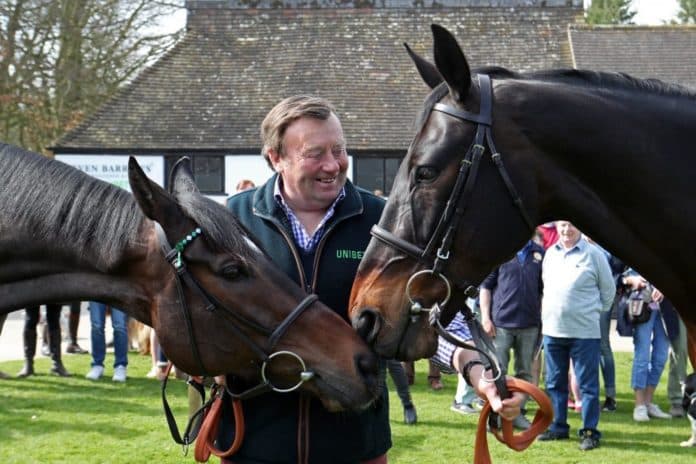 Nicky Henderson trained Dusart (2.20) is tipped by fromthehorsesmouth.info to land the Betway Top Grade One Novices Hurdle over 2m, with Nico De Boinville up, on day two of the Aintree Grand National meeting on Friday.

2020 Queen Mother Champion Chase winner, 10-year-old Politologue, goes to post in the Grade 1 feature Melling Chase on the back of victory in the Tingle Creek at Sandown.

Second in the Clarence House Chase, Politologue, who missed the Champion Chase after having bled from the nose, is out to become the sixth dual-winner of the 2m 4f Grade 1 (run as the Marsh Chase).

Henderson also eyes glory with tip Chantry House (2.50) in the Grade 1 Betway Mildmay Novices’ Chase, over 3m, with Nico De Boinville up. Noted are Fiddlerontheroof and The Big Breakaway.

Monte Cristo a winner at Kempton Park on Boxing Day, was badly hampered in the Coral Cup at Cheltenham last month.