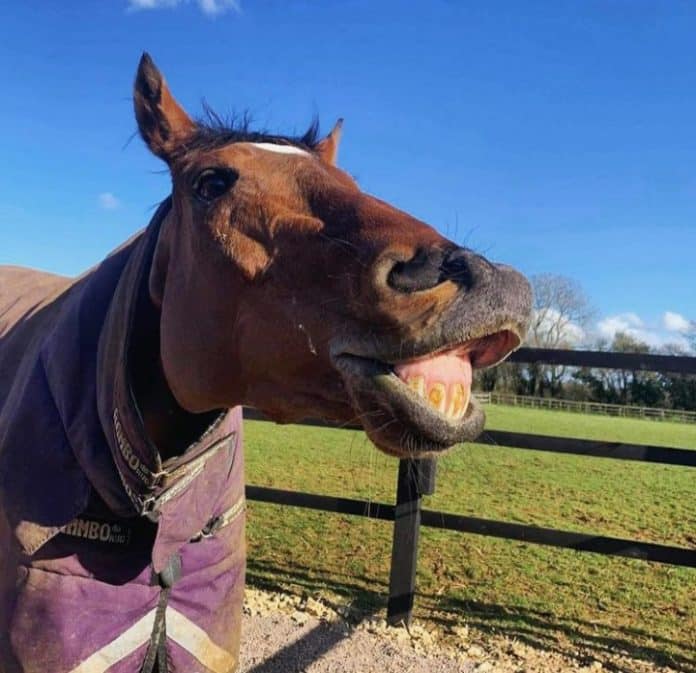 The 2021 Randox Health Aintree Grand National three-days meeting gets underway on April 8 – with the National on April 10 where Jonjo O’Neill trained Cloth Cap (4-1) bids for a fourth win of the prestigious race for owner Trevor Hemmings.

“It’s crackers for the Grand National! There’s no value in it,” said O’Neill, on Cloth Cap’s short odds.

“We’re talking about the National. I think he’ll win it – my gut feeling is that he’s got a great chance – but God only knows what can happen in a National.

“You’ve got to see how the horse arrives on the day. He’s got it all in his favour, the weight, he jumps, he stays. I want good ground and it’ll be right for him,” added O’Neill.

Out to spoil the party of Cloth Cap are leading contenders Any Second Now, Burrows Saint and Minella Times.

The Aintree meeting features four Grade One races on the opening day Thursday, underlined with the Foxhunters’ Chase.

The Manifesto Novices’ Chase;  the Anniversary Juvenile Hurdle and the Foxhunters’ chase culminate day one.

Ladies Day on Friday will be without the Turf’s best dressed women on show, on day two of the Grand National meeting, due to the coronavirus, being behind closed doors.

Featured are Grade One races The Randox Topham Chase; The Marsh Chase, with 2018 winner Politologue going to post. The Top Novices’ Hurdle; the Mildmay Novices’ Chase and the Sefton Novices’ Hurdle.

Trainer O’Neill reports the horse well and having every chance of victory.

*The latest news and tips for the three-day Randox Health Aintree Grand National meeting will appear on: fromthehorsesmouth.info and www.theleader.info