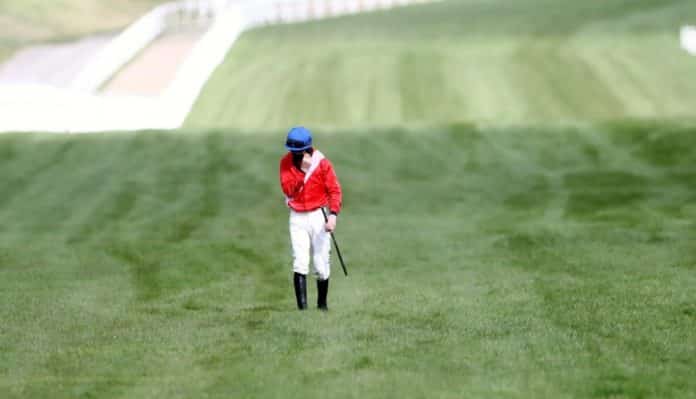 Cheltenham Festival’s ‘banker’ bet Envoi Allen (4-9) left punters tearing up their betting slips after falling at the fourth fence in the Marsh Novices’ Chase on day three of the four day meeting on Thursday.

Heavily backed favourite Envoi Allen was looking to extend his unbeaten record to 12 in a tilt at a third Festival success, ridden by Jack Kennedy.

An uncharacteristically fall at the fourth fence, left Kennedy distraught as he made the long walk back to the jockeys room.

De Boinville said: “I’m delighted, it’s great for J. P. McManus and the team. Never discount Nicky Henderson. It’s been a tough couple of months – but trust in the governor.”

Henderson said: “He was about in top gear the whole way, but when he got there he did it well. He has quickened up well, so I think we’ll be looking at three miles soon.

“We had a problem with his back and had to have surgery, so he did well to get back in time and get a race in before coming here. He is a lovely horse.

“I hoped he was going to at least give Envoi Allen a bit of a race, and when you get given a chance like that, it’s nice to be able to take it.”

Envoi Allen was having his first run for Henry de Bromhead, after switching from suspended trainer Gordon Elliott: “Jack said he was a little bit keen – he just launched at the fence, unfortunately. That was that. I had a look at him and he looks fine, Jack’s fine too so that’s good.”

Image courtesy of Cheltenham Racecourse Twitter: Kennedy as distraught as he made the long walk back to the jockeys room.