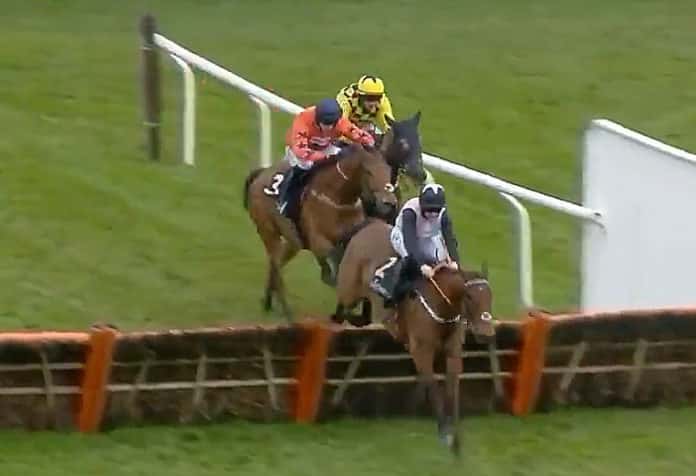 Bob Olinger (6-4) tipped by fromthehorsesmouth.info landed the opening race on day two at the Cheltenham Festival when winning the Grade One Ballymore Novices Hurdle over 2m 5f.

Blackmore held her nerve and had the confidence to strike at the last going away to win impressively.

“It’s unbelievable and I’m delighted for the owners and connections who have a very special horse,” said Blackmore.

“Bob Olinger has great potential – he was ‘sky high’ there – winning at Cheltenham is what it’s all about,” she said.

“There will be plenty of big days to come. It’s fantastic for the yard,” added Champion Hurdle winning jockey Blackmore.