The heavy rain that hit the region on March 7 lead to flooding across many areas including Torrevieja and Los Montesinos with the police and Bomberos active in stopping and aiding motorists, with some cars abandoned.

Laura Mills from Rojales said: “In Torrevieja the banks have burst and all the roads have flooded. Cars were stuck in the middle of roads unable to move. Guardia and Bomberos were everywhere trying to stop people using the roads. 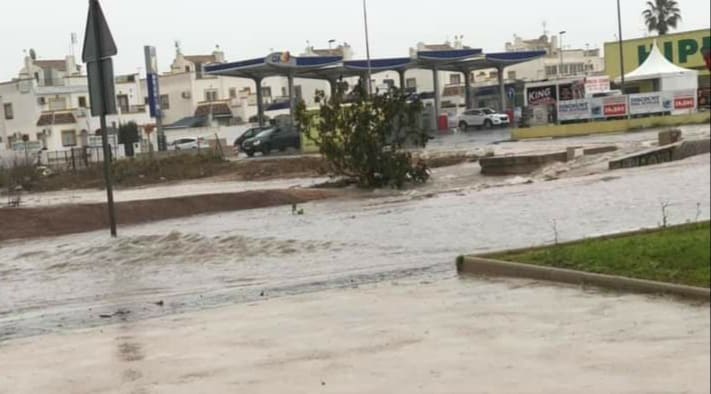 “I have never seen anything so bad and the water was up near the windows on our car at one point.”

In Torrevieja water swept down the Los Locos promenade into the sea (pictured).

“The rain is falling hard and we have already accumulated more than 30 litres per square metre, more than 20m within one hour.

“This quantity and intensity is generating some problems of accumulation of water,” said a spokesperson from Torrevieja. 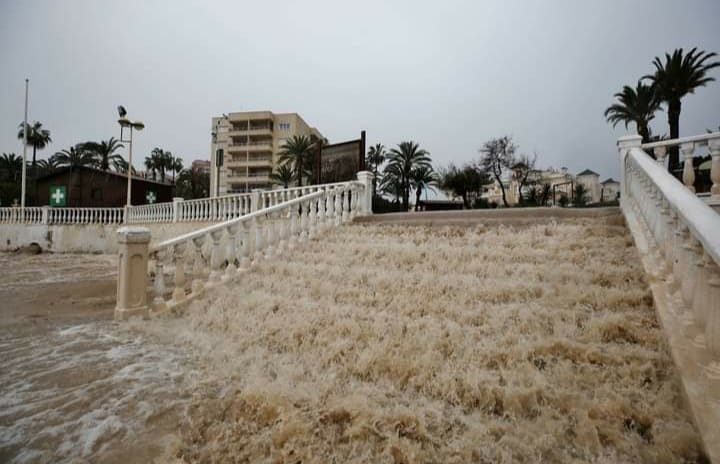