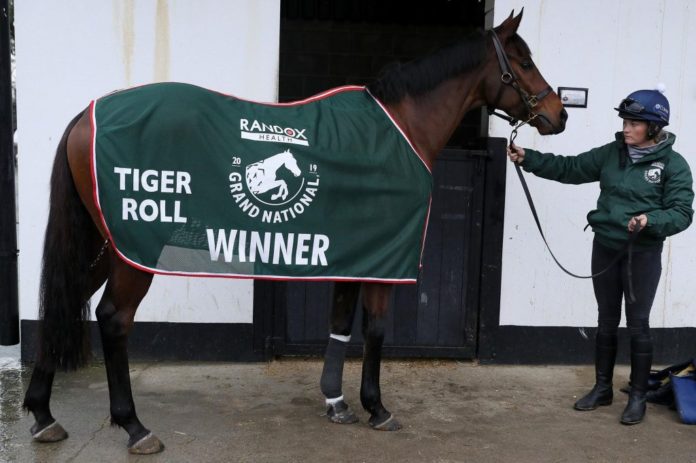 Tiger Roll will not run in the 2021 Aintree Grand National in a controversial move – having been handicapped to carry 11st 9lbs.

In a statement, announcing Tiger Roll’s withdrawal, a Gigginstown spokesperson said: “The horse is now 11 years old. He was beaten by 17 lengths in last year’s Cheltenham Cross Country and by 75 lengths in last month’s Boyne Hurdle, so his form over an extended two-year period suggests he is clearly not as good as he was when he won the National in April 2019.

“Despite this pretty obvious decline, the handicapper has given him a mark of 166, which is 7 pounds higher than when he won his second Grand National in April 2019.

“We believe this is patently unfair, unjustified and does not reflect the horse’s age or his form over the past two seasons.

“We made it clear that if Tiger Roll was rated in the 150s, which is what his form and age now warrants, he would be allowed to run this year’s National and go for a historic three in a row.

“However, the handicapper has decided to rate him on his reputation rather than his form – which we fully accept is his prerogative – but we have a duty of care to Tiger, and so we will not ask him to carry an unfair weight burden.”

Tiger Roll has been entered to run in the Cross Country race at the Cheltenham Festival during March 16-19, pending an investigation outcome that will decide if Elliott is allowed to saddle runners.