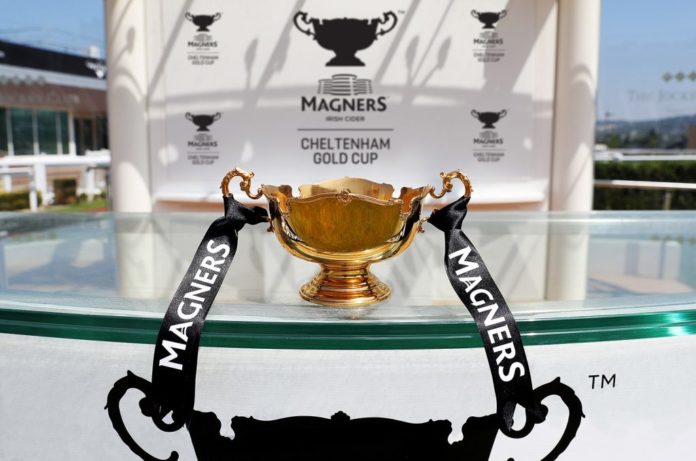 Magners have pulled the plug on sponsoring the Cheltenham Festival Gold Cup in a huge blow to the racing industry.

Magners had revealed in November it would not take up their option to sponsor the 2022 Gold Cup.

Jockey Club Racecourses, which lost £90m revenue amid the coronavirus in 2020, announced the Cheltenham-based charity WellChild would have their name at the four-day Festival meeting in March.

WellChild is a national charity, which helps sick children and their families.

Magners three-year deal included an option to extend for a further 12 months, but Cheltenham has announced that will not happen.

A spokesman for the racecourse said: “Magners and Cheltenham entered into a partnership in 2018 which saw Magners secure the presenting partner and sponsorship rights for the 2019, 2020 and 2021 Cheltenham Festival and Cheltenham Gold Cup.

“Magners also had an option to extend these rights to 2022, which they will not be taking up. We understand and appreciate that the Covid-19 pandemic has implications for all businesses and sporting events.”

The financial impact of the coronavirus crisis has been especially severe on the hospitality sector during Government lockdown restrictions imposed on outlets throughout Britain.

Magners, the name for Bulmers Irish Cider outside the Republic, became the first ‘presenting partner’ of the Festival under the deal, replacing technology group Timico as the sponsor of the Gold Cup.

“This sponsorship represents a milestone for us as it is our first major horse racing sponsorship,” said C&C Group chief marketing officer Jason Ash, at the time of the new sponsorship deal.

Over 250,000 spectators attend the annual Festival each year, with a third of tickets purchased by Irish racegoers.

Investec have dropped their sponsorship of the Derby at Epsom – in another blow to racing.

Prizemoney has been slashed in racing – in the wake of the coronavirus outbreak – with racing continuing behind closed doors, after a brief respite of spectators returning in 2020, following the initial coronavirus pandemic in March.