It all began back in 1991 when a multinational group of friends felt they had to act in defence of defenceless animals, against cruelty and abandonment in the Torrevieja area of southern Spain, and so was formed SAT Sociedad Protectora para Animales de Torrevieja.

In 1992 the very first kennels for the rescue centre was located adjacent to Salon Grande (and to this day one of our Charity Shops can be found there.) It rapidly became evident that bigger premises would be required. Some years later after a long search, extensive fundraising and overcoming logistical problems the current site of the kennels in Dolores was obtained.

The plan was that this would be the permanent home for the rescue centre but sadly some years later a compulsary purchase order was issued with no appeal, allowing for a golf course to be constructed : devastating news!

A huge amount of work and fundraising was instigated at the time as it was a matter of great urgency to get alternative permanent kennels for the charity. All this work proved fruitful as the amount of money raised allowed for a plot of land to be obtained in San Isidro, legalities/licences addressed and foundations laid. However, the golf course did not go ahead as initially specified so the pressure was off but not gone as the golf course is still a real possibility. 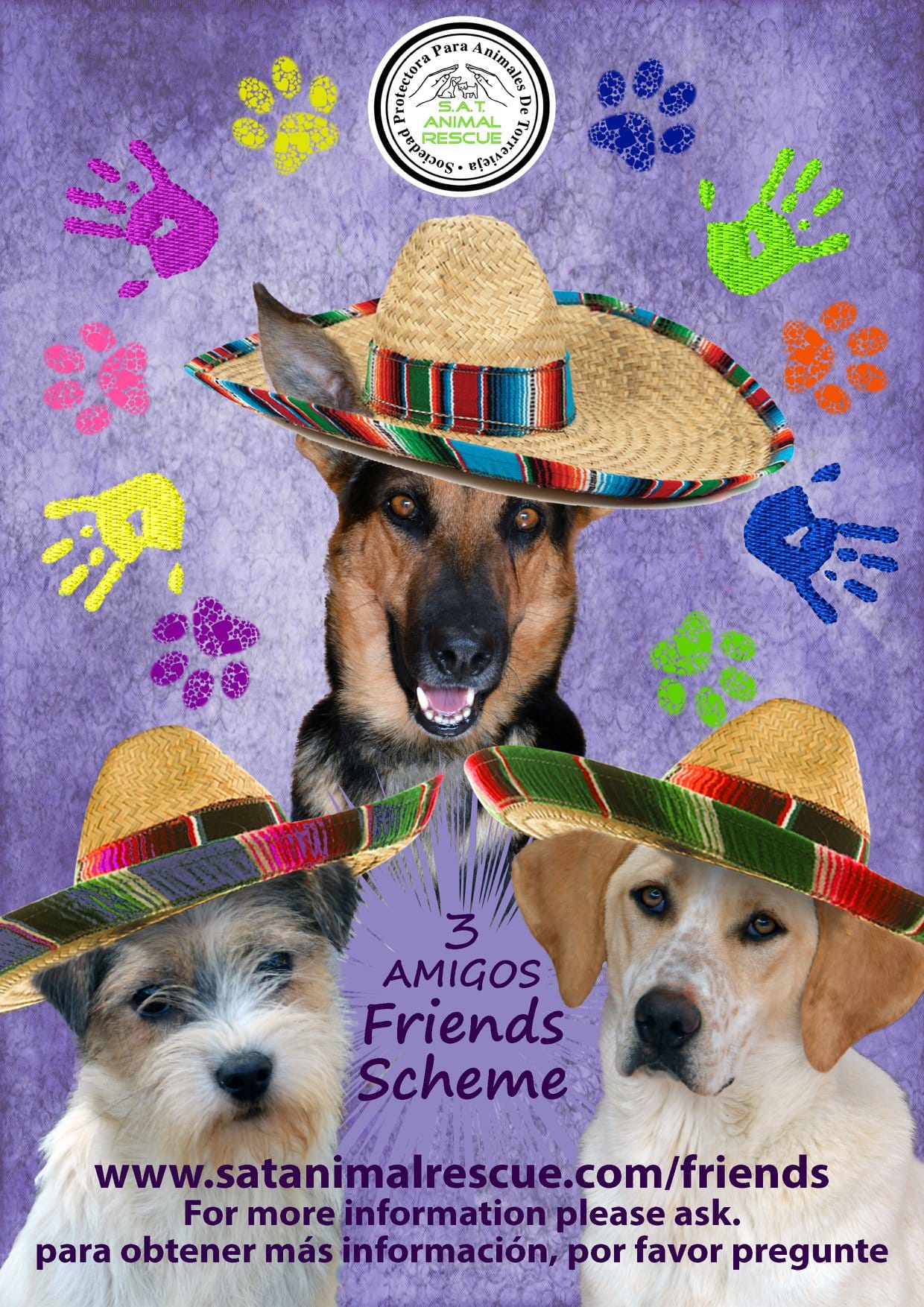 As time goes by fundraising for the new kennels and the day to day running of the existing kennels becomes increasingly more difficult. With the passing years more charities are established which is great but all are asking for support and donations from the same pot of money.

Then to add to the difficulties the kennels were very badly hit by the floods of September 2019 : more devastating news! Thankfully all the animals were saved, but the premises were damaged and despite the best efforts of all who helped to get them up and running again the ongoing repairs and maintenance of the structures are never ending.

With renewed drive and enthusiasm the priority is to complete the new kennels as soon as possible. Not only to help the number of dogs currently being rescued and ultimately adopted at the kennels but to be able to increase the capacity of the rescue centre and build on the educational side of the service.

So here´s where you come in WE NEED YOU!

We really do! We have always had many supporters for many years and we hope for many more. With your contributions, both financial and physical, you have helped over 8,000 dogs to date. Just brilliant! However, the need for rescue, rehabilitation and education is as vital now as ever.

There are so many ways to help : join our new Friends scheme, Buy a Brick, be a part of Teaming, donate by direct debit, Leave a Legacy, donate to and purchase from our Charity Shops, volunteer, organise fundraising opportunities, share our posts, our articles, About SAT newsletters…the list is endless.

We are so grateful to all who have supported and donated to date, but we just wanted to mention one of the many ways to help which maybe you hadn´t thought about and that is Leave a Legacy. A few people who decided to include us in their Wills, namely, Mr. and Mrs. Lovelock, Ahmed Sheldrake and Kirsti Reko. Their incredible generosity has contributed towards the work to date at the new kennels but we need significant funding for the next stage of the project, never mind the ongoing daily costs of keeping the current kennels functioning. We want to be able to deliver a quality service to these so deserving canines and to change the face of animal welfare in Spain.