Empty surgeries and a lack of trained staff in hospitals and health centres, especially nurses and doctors, to care for coronavirus patients.

This is the situation that is being experienced in health centres across the province since the coronavirus pandemic broke out. However, despite this lack of staff, The Ministry of Health has hardly taken on any retired doctors and nurses to support the exhausted staff who are working in our local hospitals and health centres.

And that is not because of a lack of volunteers! In both the first and third waves of the pandemic, two recruiting drives were introduced for retired medical professionals who wanted to help voluntarily.

The Ministry of Health itself said that 160 people signed up to the first campaign, all nurses and doctors in the Valencian Community. Of that number there were at least 68 doctors from the Alicante province. However, only nine doctors were called across all three provinces.

The department of health justified this low number, by saying that they only mobilised “retirees who demonstrated experience and knowledge in the areas of Epidemiology”.

As such they chose not to engage qualified and trained staff from the areas of general medicine, many of whom would have been able to take on a multitude of other medical tasks, thereby freeing up those health personnel already in the system, who were better qualified to work elsewhere. 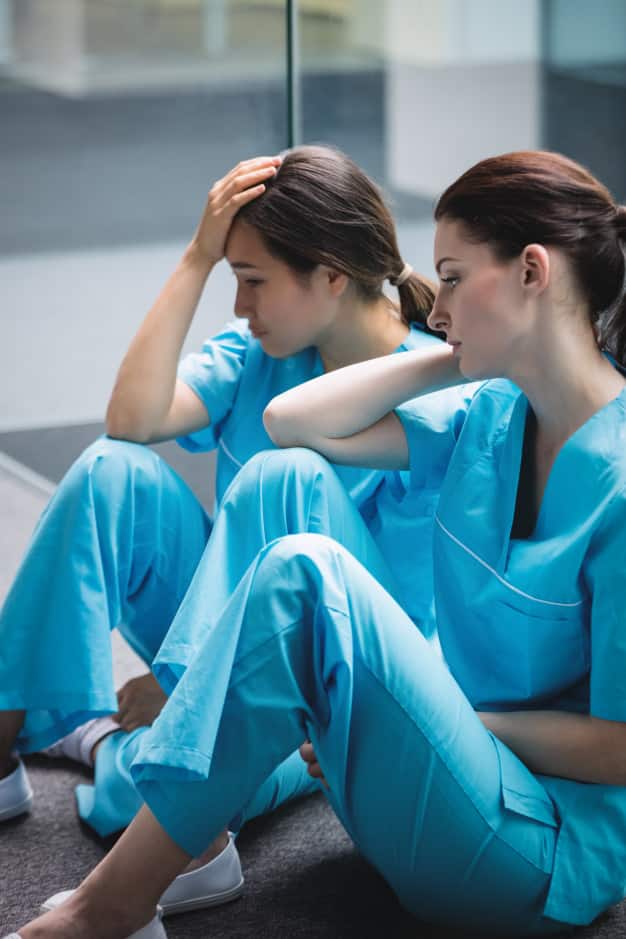 Neither were any of the volunteers engaged to help during the third wave, despite the situation being much more serious.

At the end of January, when the third wave of the pandemic was out of control, hospitals were on the verge of collapse and many health centres were completely overwhelmed, so another recruiting drive was activated, this time asking only for help with vaccination tasks. A further 227 retired medical staff, including doctors and nurses, offered their services.

At the moment not one individual has been called, although the vaccination campaign began at the end of December, and despite the lack of doctors and nurses, staff are being moved from the front line of the fight against the virus to carry out these vaccination tasks.

Both the College of Physicians and the College of Nursing say that they cannot understand why a greater number of retired medical volunteers, all of who were willing to go back to work to ease the pressure on their colleagues, have not been engaged.

“From the beginning we have offered the Ministry of Health all possible help, both with the use of our facilities and the offer of voluntary retired staff”, explained German Schwarz, vice president of the Alicante College of Physicians. In the first wave of the pandemic, the institution developed its own pool of volunteers, for which 68 people signed up “but that we did not use, because the Ministry told us that they were forming their own list”.

Schwarz believes that Health could have got a lot out of retired professionals without having to use them on the front line of the pandemic. “For example, to do a contact tracing it is not necessary for them to be present in a hospital or a health centre. All they need is a telephone and authorisation to access patient data, something that would have been quite simple to achieve.”

Similarly, the president of the Alicante College of Nursing, Montse Angulo, said that she does not understand why none of the nurses, who offered their services in March, were taken on, taking into account that nurses are in such short supply, and that the hiring of final-year students by Health did not alleviate the lack of staff.

Neither, in the case of the nurses, does Angulo believe that it was necessary to put them on the front line to treat covid patients. “They too could be used for tracking or telephone follow-up of patients with covid at home, in order to free up professionals who are doing these tasks in health centres, and who could then be used to reinforce other services.”

The lack of personnel is a long-standing problem in Alicante’s healthcare system.  Nationally the Spanish average is 3.2 doctors per thousand inhabitants. Just to match that ratio, about 400 more doctors would be needed in our hospitals and health centres.

The situation in the case of Nursing staff is much worse, where more than a thousand professionals are needed if we want to reach the national average.

But despite the shortages in Spain, we are still well ahead of other European countries in the ratio of medical staff to the numbers of population. The big problem, however, is that, although they are sought, there are no doctors or nurses to enter the health system at anything more than a trickle, as many of them choose to move abroad in search of better working conditions. There are 6,000 nurses from Spain working in the UK NHS alone.