The sea turtle of the Boba species – Caretta caretta – that faces extinction was sighted by the crew 30 nautical miles off the coast of Pilar de la Horadada.

The turtle was swimming with difficulty and appeared not to be diving normally and was rescued and transferred to the Santa Faz Species Recovery Centre.

Veterinarians have assessed the turtle and deem the possibility of an eye disease, caused by parasites. 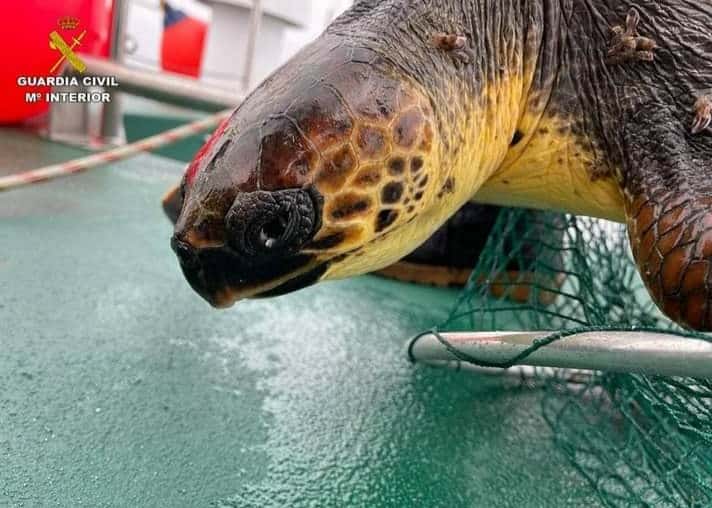 The turtle was transferred to the Oceanographic of Valencia, a specialized centre in the conservation of marine species, for treatment.

The Loggerhead turtle is protected and in danger of extinction according to the Convention on International Trade in Endangered Species of Wild Fauna and Flora (CITES).

Deemed a possible case of extinction by ingestion/plastic, fishing; including longlines, ghost nets, and pollution.

In 2020, the Seprona de Alicante rescued a Loggerhead that sustained injured, due to a digested fishing hook.

The exhorbitant price of water in San Miguel de Salinas