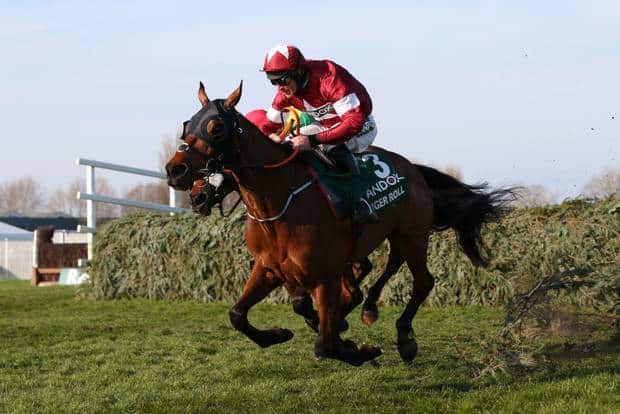 And retirement hasn’t been ruled out after a scheduled run at the 2021 Cheltenham Festival in March.

Owner Michael O’Leary revealed the Irish National could be a target for 11-year-old Tiger Roll – and the Cross Country Chase at the Cheltenham Festival as the main objective.

Tiger Roll, rated 168, may also have a tilt in the Irish Grand National at Fairyhouse on April 5.

“The options are we are possibly looking at retirement – or we may look at an entry in the Irish Grand National, where I think he’d be more fairly weighted where his rating should be,” said O’Leary.

“The Handicapper has unfairly weighted Tiger Roll for the last two years in the UK. He’s rated around 170 there and last won the Grand National off 159. He’s run four times since – and not finished in the frame.

“He was beaten by Easysland at Cheltenham last year, by 17 lengths off level weights, and he is now rated 167. Yet, somehow Tiger Roll is rated higher than he is.

“If the Handicapper rates him fairly somewhere in the 150s, then he’ll run at Aintree, but if he rates him in the 160s or 170s, he won’t. The plan has always been to go for the cross-country,” said O’Leary.

Tiger Roll was pulled up in the Cross Country Handicap Chase at Cheltenham in November and O’Leary said: “We feel a responsibility to the horse, he owes us nothing. He’s getting older – and may not even run again – after Cheltenham.

“His last couple of runs have suggested he’s not in love with the game anymore – and the priority at this time is minding Tiger Roll.

“He’s a small horse, and we’re not going to ask him to lump huge amounts of weight around Aintree.”