It has taken ten months to open the three field hospitals whose launch was first announced by the President of the Generalitat, Ximo Puig, on 19 March 19 last year.

Puig announced that the three facilities, with over 1,100 beds, would be available for use within 15 days, sa statement that was ratified by the Minister of Justice, Gabriela Bravo the very next day.

The emergency contract was signed by the Valencian Security Agency with High Technology Developments, a subsidiary of Hispano Vema. The cost, about four million euros plus equipment.  However the company is now claiming 15.5 million for extra costs and modifications from the Generalitat, says owner José Navarro.

“The cost of the three hospitals and the medical supplies amount to 15.5 million and they still owe us 8.6 million euros plus VAT, just over half of the total. And we have supplied everything, “says Navarro.

Not only was the opening of the hospitals over run by approximately 9 months but there have since been major problems during the two recent storms that Valencia has suffered.

During the cold drop in November, at which time the Valencia hospital was empty of patients, the constructions suffered from leaks, floods, problems with the electrical installation that affected the computer system and the drains.

In fact, a report from November indicates that the sealing of the facilities was inadequate and therefore air currents occurred, creating humidity and water leaks. These problems made it difficult to control the temperature.

On Monday morning, following the episode of strong winds, and complaints of most of the 26 patients who spent the weekend in the field hospital, 6 patients were discharged while the other 20 were transferred to the facilities at the old La Fe hospital. One patient told the press, “It’s like sleeping in a freezer, I covered holes with tape because the cold air was coming in.”

There was a feeling that the tented hospital was about to be lifted into the air by the strong gusts of wind , attributed by the owner to a lack of maintenance. 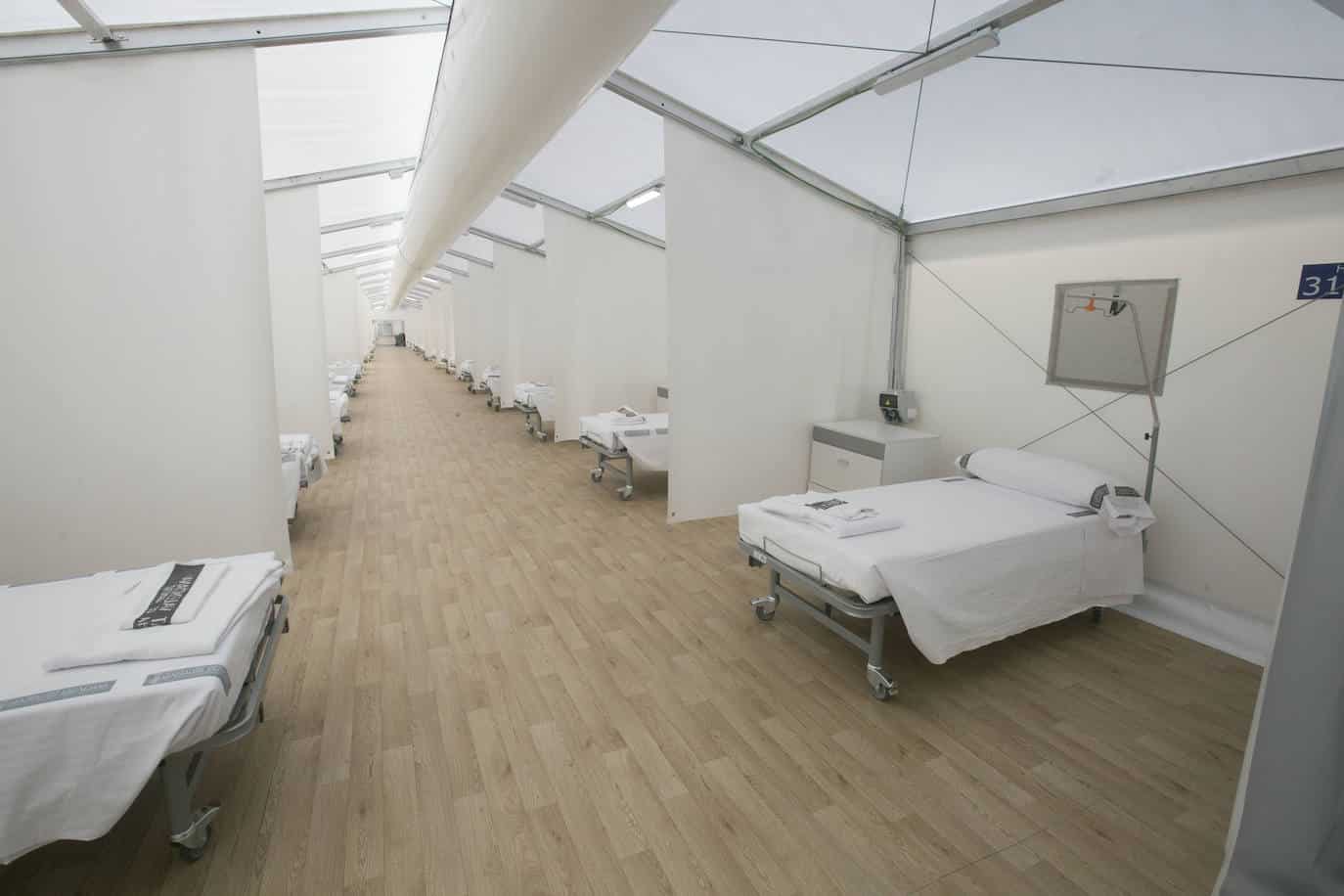 “The hospital has not paid for it so they have not received it, we have not carried out any maintenance. Every month the tensioners must be adjusted, that is why it is lifting. It is like the sail of a ship: if it is windy and the sail is not taut, the canvas dances”, explained José Navarro.

Meanwhile the Minister of Health, Ana Barceló, following criticism of the field hospitals said, “We are going to continue moving forward, although many of the claims are just not true. No hospital has been blown off the ground. Those in Castellón and Alicante are tending to their patients, and in Valencia, because of the yellow alert due to the wind, we anticipated the possibility of discomfort for patients. They will return when the wind stops, “said the minister.

Barceló was unable to specify how strong the wind has to be to evacuate the hospitals, nor what would happen if they had to evacuate several hundred patients instead of the 20 that there were on Sunday.

“It is not only the strength of the wind, it is also due to the nervousness caused by the sound, the noise generated by the wind. When the wind dies down, the patients will return, “said Barceló

Fernando García from CSIF, a trade union representing civil servants, did not agree. “Health care is not guaranteed in the large marquees like in a hospital. There are alternatives such as the old Fe nursing school, Feria Valencia or the medicalised hotels. The authorities have made a huge mistake which they are only now beginning to realise.  Someone will have to take responsibility for the field hospital”, he said.