On Wednesday night Alcoyano completed one of the greatest achievements in its history. The team from Alicante beat Real Madrid in the Copa del Rey and have now reached the last 16 of the tournament.

Real have not won the Copa since 2014 but seemed to have the tie under control when Éder Militão nodded home a Marcelo cross shortly before halftime. But a late equaliser and extra-time winner, from an Alcoyano side who were down to ten men after the dismissal of Ramón López, was enough to eliminate Zinedine Zidane’s side. 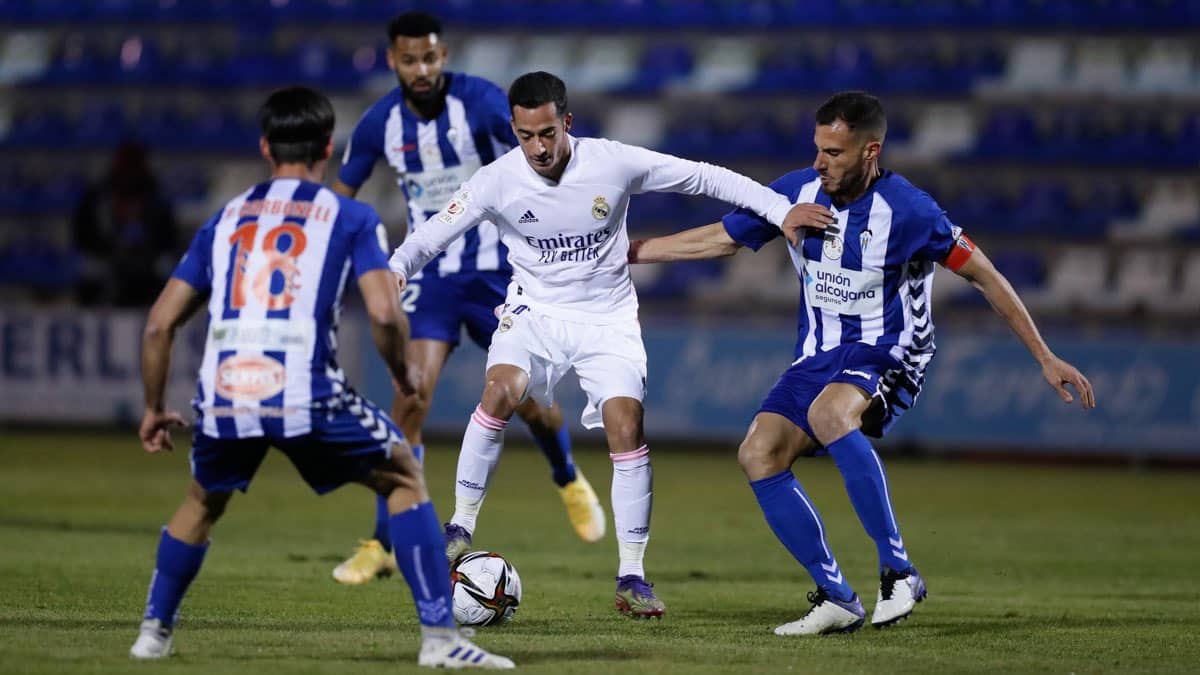 It is the first time that Alcoy have reached the last 16 of the Copa since 1946.

Immediately after the game speculation was rife that Madrid manager Zidane was facing the sack. However as tempers calmed, by the following day it became clear that a sacking was something that neither the club nor the manager wanted.

But for the moment, there will be no ‘knee jerk’ decisions, Zizou will remain on the Madrid bench. Unless there is a major upturn in the club’s fortunes though, he will leave at the end of the season.

One player who did come out of the game with a great deal of credit was 41-year-old Alcoyano goalkeeper, José Juan Figueras, who made 10 saves against Los Blancos.  José Juan moved to Alcoyano from Elche two years ago, for whom he made 51 first team appearances.