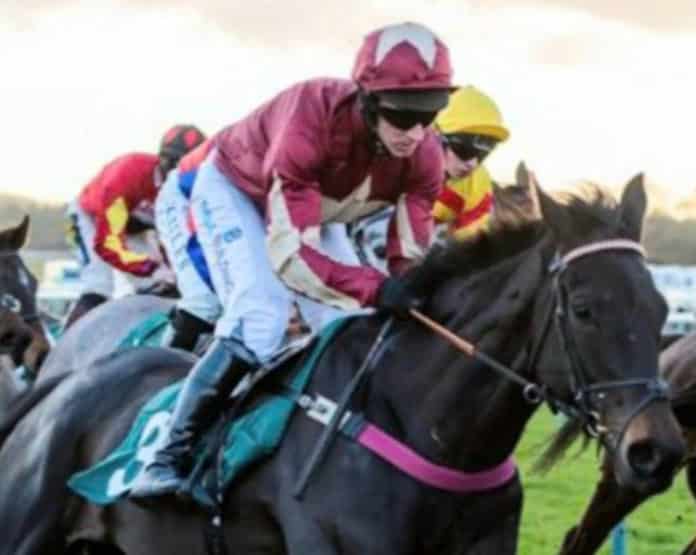 Saturday’s Grade 3 Coral Welsh Grand National hangs in the balance on a weather inspection of the course on Friday.

The Two Amigos (3.10) tipped each-way by fromthehorsesmouth.info is among 18 runners for the Coral Welsh Grand National, run over 3 miles and 6 furlongs.

Nicky Martin trained nine-year-old The Two Amigos, ridden by Matt Griffiths, priced at 12-1, has raced in Class 1 company and is expected to go well.

Storm Arising (12.50) trained by Paul Nicholls and ridden by Bryony Frost is tipped to win the Coral Handicap Hurdle over 2m 7f, noted when finishing second at Sandown in December.

Nassalam (1.25) is selected by fromthehorsesmouth.info to land the Grade 1 Coral Finale Juvenile Hurdle.

Highland Hunter (1.58) trained by Paul Nicholls and ridden by Lorcan Williams is tipped to win the C3 Coral Handicap Chase over 2m 7f, noted when third in a C1 over 3m at Haydock Park in November.

Witness Protection (2.30) ridden by James Best is tipped to win the Coral Novices Hurdle over 2m, noted when second at Wetherby on soft ground in December.

Whiteoak Fleur (3.50) trained by Donald McCain junior is tipped by fromthehorsesmouth.info to win the Coral Mares Handicap over 2m.

Puig: “Worst week in the Region since the start of the...