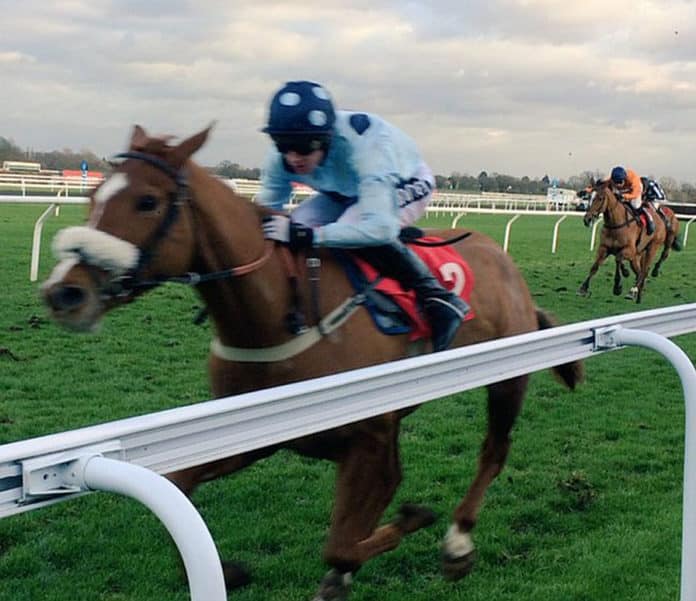 Trainer Chris Gordon based at Morestead Stables in Winchester, Hampshire, is waiting for better ground after Mellow Ben finished fourth in the Ladbrokes 3 miles Handicap Chase at Kempton, with stablemate Commanche Red pulled-up.

“We had a couple of runners on December 27 at Kempton, with Mellow Ben and Commanche Red.

“Ben ran a cracking race to finish fourth, having made all virtually the whole way, just weakening on that slightly softer ground,” said Gordon.

Speaking about Commanche Red, pulled up after not jumping too well, with jockey Tom Cannon saying the seven-year-old was never travelling well.

“With Commanche Red we are struggling a bit at the moment – he seems to have fallen out of love with racing!

“He just doesn’t have his usual exuberance in a race, like he does at home, so we will have a think about where and when to run him next,” said Gordon.

The post Gordon waiting for better ground for Mellow Ben as stablemate Commanche Red falls out of love with racing! appeared first on Horse Racing News and Tips.

Puig: “Worst week in the Region since the start of the...