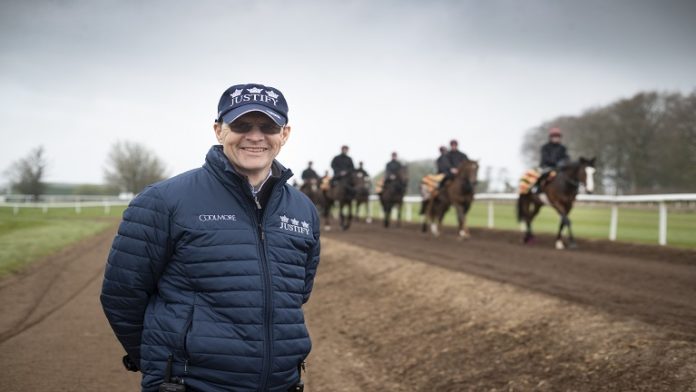 “We’re delighted with him. He’s a big, powerful, strong horse who is made like a miler,” said O’Brien.

Ballydoyle based O’Brien saddled Highland Reel in the Group 1 in 2015 and 2017, under jockey Moore.

Mogul went into the race after gaining a Group 1 victory, when landing the Grand Prix de Paris, having finished fifth in the Breeders’ Cup Turf at Keeneland in November.

“It was only when we started riding him patiently and riding him more for speed than stamina that we’ve seen the best of him,” said O’Brien.

“Ryan gave him a lovely ride. He settled lovely and quickened very well. He’s a very exciting horse for next year.

“I think anything from a mile and a quarter to a mile and a half on nice ground. Ryan says he’s really matured and is really improving. He’s got a very solid mind,” added O’Brien.