Stats apart, it was still a one sided affair in the Englishman’s favour, who had also won both previous encounters. The 46 year old de Sousa can also be a “Maverick” on the oche, his semi final combination bust of 126 playing Simon Whitlock and his refusal to go for a last dart Bull, opponent Dave Chisnall sitting on a double, good examples of what not to do. Fortunately for him, he capitalised on both, a situation not to be relied on.

On the other side of the coin, Wade, is a meticulous counter, set up shots from 300+ points out are often made to leave 170 or under. Bogey finishing numbers are avoided and the semi bull utilised where appropriate.

“The Machine” immediately reduced de Sousas lead to 3 with a 92 out on D8, followed by a 120 on D20. Now 12-10 many suspected de Sousa to buckle, including me. Definitely not, a maximum and 68 finish halted Wades progress momentarily, the “Machine” taking his 3rd leg of the session T20,D8. De Sousa wrapping up the 5th for 14-11.

Wade now needing at least 4 legs to remain in the match or a more unlikely 5 to win, missed a 64 out in the 1st of the 6th session, de Sousa also missing after 2×180, but keeping his cool to close on D4. Now requiring just one leg, a magnificent 171 (on 19’s) left 32 for the championship, the unflappable “Machine” completing the leg on D16. Now needing the next 4 legs without reply, it was a bridge too far for Wade as the newcomer went out in style on 158 (T20,T20,D19) for the title and the coveted Eric Bristow trophy.

** Jose de Sousa’s victory elevated him to 15th place in the P.D.C. Order of Merit and a seeded position in the Worlds at Ally Pally.

** Simon Whitlock beat the 180 record of Adrian Lewis, managing an exceptional 20 in the 28th leg of his encounter with de Sousa.

** A former carpenter, de Sousa lives just outside Madrid, only earning his tour card 2 years ago. The 46 year old is the 1st Portugal player to reach a major final.

** Wade has recorded two 9 dart televised finishes, one a double start leg in 2014 playing Robert Thornton (160,180,161). Remarkably, Thornton responded later in the match with yet another. Unusual to say the least.

** Fancy your chances of a pro dart career, then pop over to Wigan on January 16,17,18,19th and join 600 others at qualifying school  aiming to achieve a two year tour card. Entry £450, small change if you’re good enough, there’ll be 28 newcomers looking to challenge the best. Alternatively, Hildesheim, Germany, where there is less competition, (300), but only 8 places.

An old darting friend of mine Arthur, we all called him ” Arty, “always shopped in an Essex Tesco store. He was well known, and every Saturday morning would buy £ 20 worth provisions and always the same products.

This particular day he was without his usual carer ( Arty suffered several debilitating issues ) venturing to the checkout as normal, with his shopping and a £ 20 note in his hand. The cashier greeted Arty and told him his bill was £ 21 as prices had increased that week.

Arty argued it was always £ 20 and anyway that’s all he had. A compromise of returning something to the shelf was refused.

Matters quickly deteriorated, voices raised, Arty not understanding the situation and becoming confused. Attempts to placate the 18 stone gentle giant were to no avail, losing his cool he grabbed the cashier by the throat, strangling her. Security was alerted, but the same fate awaited both men.

The police were quickly on the scene, overpowering a bewildered, distressed Arty, arresting and later charging him. The incident rapidly made local , then national newsrooms, resulting in the red top headline ……… 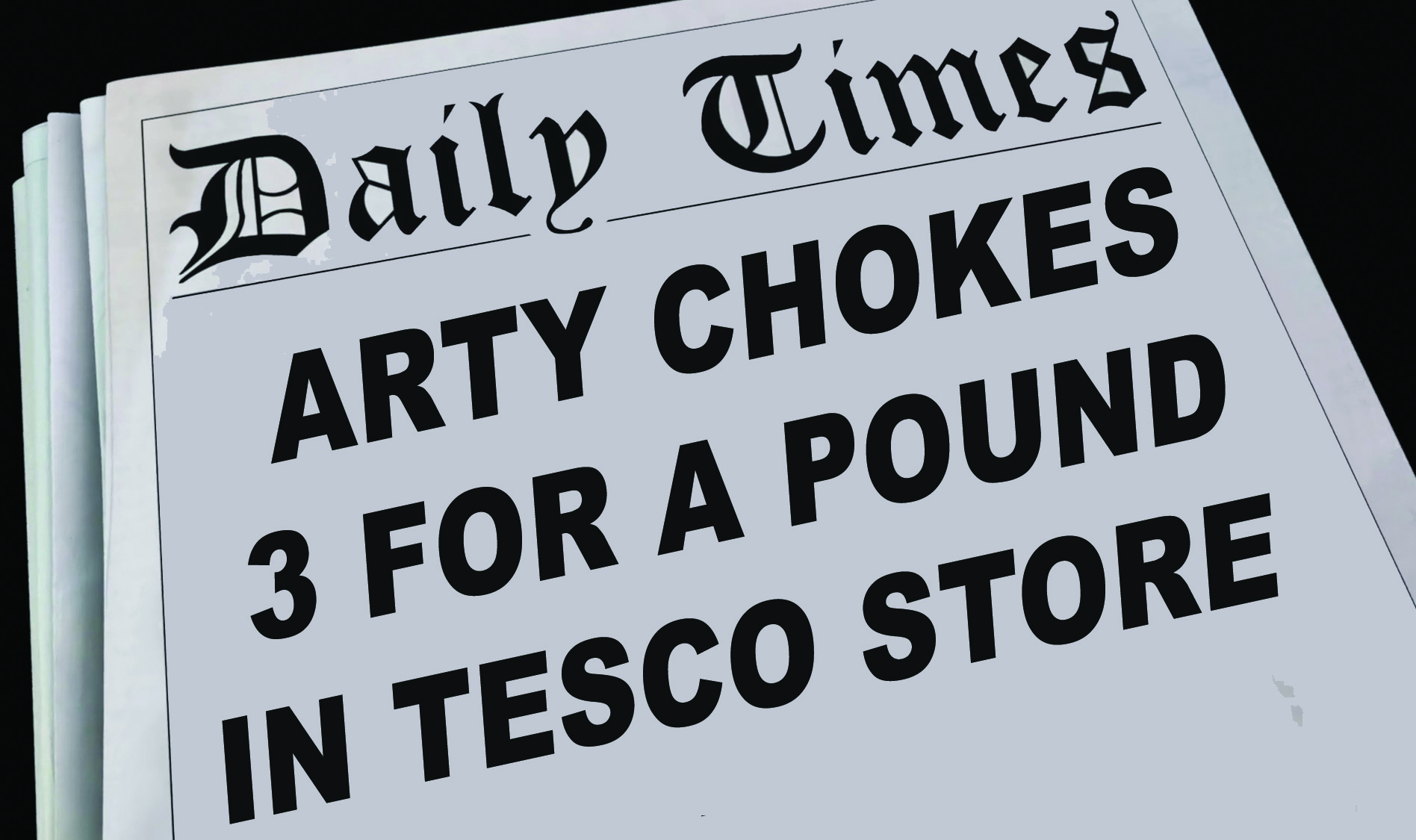