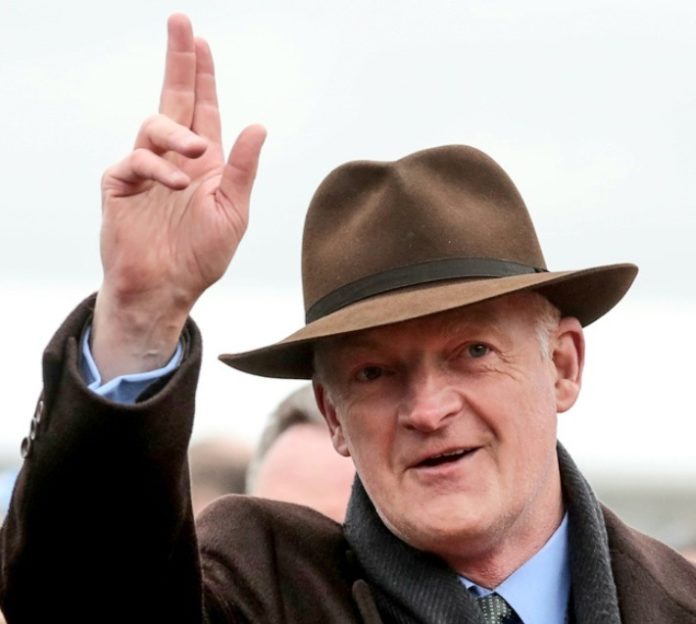 Presenting Percy back to winning ways

Trainer Willie Mullins has been fined €2,500 and banned from attending racecourses for two weeks after he was deemed responsible for two of his staff attending Punchestown on November 14, having been at Aintree a week earlier.

At an Irish Horseracing Regulatory Board referral hearing at Thurles, it was deemed Mullins’ grooms Steve Jones and Katie Murphy should have been restricting their movements for 14 days, following their return from Britain.

A spokesman for the IHRB said after the hearing: “It had been established by the referrals panel that they had falsified their Covid-19 screening questionnaire.

“They answered no to two questions relating to being in the UK that they should have been answering yes to.”

Mullins was sanctioned under rule 272 (i), which pertains to anyone acting in a manner which is prejudicial to the integrity, proper conduct or good reputation of racing.

Jones and Murphy were sanctioned under 272 (i) and 272 (ii), the latter subsection relating to those who supply misleading information or give false evidence to an official.

Jones was given a fine of €400 and banned from attending a racecourse for three months, as was likewise Murphy, fined €200.